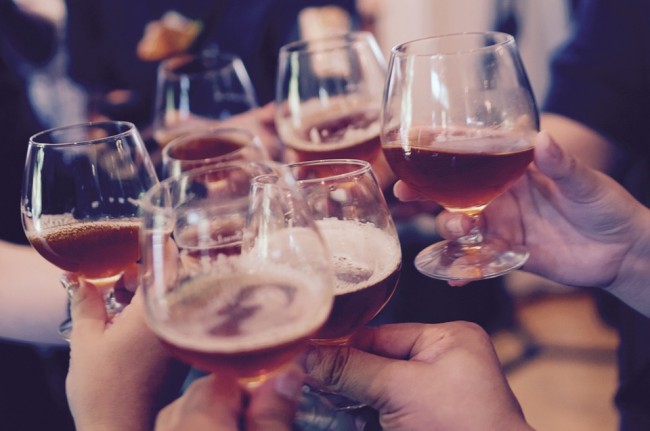 Those who are studying a new language sometimes find that alcohol helps them speak more fluently and helps them learn the language faster, as long as alcohol is consumed in moderation. It has been proven that by drinking alcohol, you can lower your inhibitions, and it makes it easier for people to overcome their fear, nervousness, or hesitation to say things.

Too much alcohol, however, is tied to impaired cognitive and motor functions, and it can negatively affect attention and memory. Drinking too much can also lead to inflated self-evaluations and overconfidence.

The effects of alcohol

To be able to know if people can really speak a new language better after consuming alcohol, a group of Dutch and British researchers did an experiment--published in the Journal of Psychopharmacology. It turns out that people in the study really did speak more fluently, and they learned the language faster after drinking a glass of wine. They were able to do well even when they thought they could not do it.

The research included 50 native German speakers who were studying at Maastricht University. The university is located in the Netherlands that is near the border with Germany. All 50 part participants said that they drank alcohol sometimes, and even if their classes were taught in Dutch, they still passed an exam that showed proficiency in the language.

Each participant was asked to have a casual conversation that lasted for two minutes with an interview in Dutch. Before the conversation, half of them were given water, while the other half were given alcohol to drink. The amount of alcohol depended on the person's weight, but for a 150-pound man, it was equivalent to under a pint of beer.

The conversations were all recorded, and they were scored by two native Dutch speakers who were not aware of which group drank alcohol and which group drank water. The participants were also asked to rate their performance based on how confident they were that they spoke the language fluently.

After the experiment, it showed that both groups, those that drank water and those that drank alcohol, did not feel confident with their performance. But those who drank alcohol did better according to those who listened to the recordings. Overall, the native Dutch speakers rated those in the alcohol group as being more fluent as they had better pronunciation than those in the water group. Ratings for vocabulary, grammar, and argumentation were similar between the two groups.

The researchers urge the masses that the findings of this study can be replicated in other groups of people to show that the results are not unique, and it is not a one-time thing, nor is it exclusive to German and Dutch languages only. In fact, in 1972, small doses of alcohol improved the pronunciation of Americans when they spoke Thai.

Link to emotions and mental health

While the study did not measure the emotions or mental states of the participants, the researchers say it is possible that moderate consumption of alcohol can help reduce anxiety and increase proficiency. They concluded that this might enable foreign language speakers to speak better in a foreign language after consuming small doses of alcohol.