Since the start of the coronavirus pandemic, institutions have been closing and ordering the halt of non-coronavirus research, claiming they were non-essential. Because of this, colonies of lab rats have been multiplying, leaving some scientists up to euthanizing them. 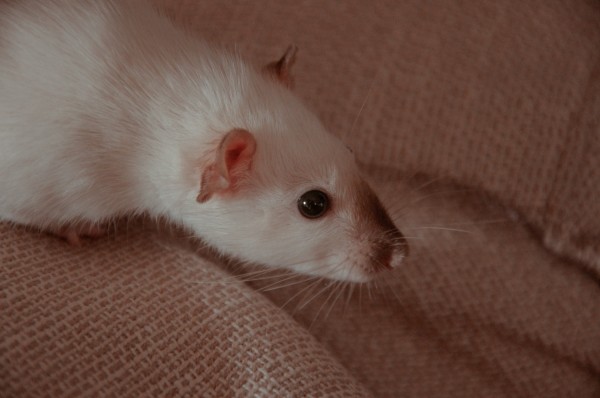 (Photo : Photo by Oxana Kuznetsova on Unsplash)
Lab mice and rats are being euthanized as their population continue to rise amid the halt of non-COVID-19 research.

This has taken a toll on many researchers who claim it is never easy to end another being's life, whether animal or human.

Xiao-Tong Su, a postdoctoral fellow at Oregon Health and Science University (OHSU), shared how she apologizes to mice every time she euthanizes them. The researcher whose study on hypertension was put to hold says she thinks the mice have sacrificed a lot for science and human health.

As a pet owner herself, she said it was hard working in the lab as she became too attached to the animals she worked with. After working with rabbits, and being an owner of pet rabbits as well, she said she had to switch to working with mice early in her career.

Mouse and rat euthanasia is nothing new in the world of medical research. After the completion of an experiment, mice are basically rendered extraneous. They can no longer be used as a control, and are therefore humanely euthanized.

Many universities follow the reductionist policy, which means they use a few mice as much as possible. Whenever possible, a single mouse can be used for more than one study. Depending on their research, most researchers would only euthanize one animal per day.

Sayra Garcia, a second-year Ph.D. student at the Albert Einstein College of Medicine, shares how the experience of euthanizing "never gets easier" with time.

Also Read: Neuron Found In Mice Could Have Implications For Effective Diet Drugs

When cases of the coronavirus started showing up at the beginning of March, institutions across the U.S. were suddenly forced to stop the majority of non-coronavirus-related research.

As laboratories were closed down and lab managers, researchers, and animal care technicians were ordered to stay at home, resources to support mouse colonies tapered off.

Due to this, directors at different institutions received orders from provosts to address the lab mouse population problem by reducing them. According to Eric Hutchinson, the director of research animal resources at Johns Hopkins, they had a high volume of euthanized lab mice in just one week. He shares how they somehow anticipated it to get both physically and emotionally overwhelming.

Not Easy to Kill

Euthanasia is usually performed by animal care technicians, who are also trained veterinarians. The procedure is done by injecting carbon dioxide, followed by surgically dislocating the neck to confirm death ultimately.

However, early during the pandemic, the technicians were scrambling to prepare for lab closures, which left the lab managers with the burden of performing the dreaded procedure.

In many labs, this meant that a single person was left responsible for euthanizing hundreds of mice. Most often, this was done in just one sitting.

One lab manager who wishes to remain anonymous shared how sometimes the mice would jump around the cage to try and escape. He shares how the worst part of the job is dislocating their neck surgically.

"They're already dead," he says, but protocols need to be followed. Having to grab their neck and tail, he says he really doesn't like doing it and having to do it 150 times definitely affected him.