Fish Poop and Their Role in Carbon Flux in the Oceans

There are many fishes in the sea, they say. So, that means that it is also full of fish poop that is full of carbon. A study estimates that up to 16% of all the carbon in the world's ocean comes from fish poop, fish breath, and other excretions coming from fish.

According to Marine Biological Association, climate change causes should be directly addressed, such as the use of fossil fuels, emissions from agricultural practices, natural carbon sinks, and many more.

The world's largest carbon sink is the ocean which is home to any life forms. They are known to absorb carbon dioxide from the atmosphere. But oceans also contribute to the total carbon flux with biomass carbon, deadfall carbon, and others.

Understanding the processes that contribute to the ocean's carbon cycling is crucial in improving the knowledge of climate and managing its impacts. 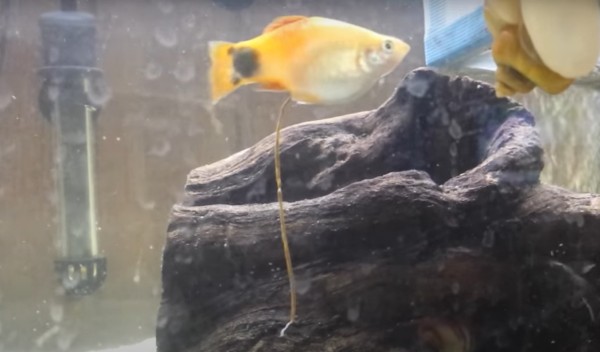 Fish Poop Significant Source Of Carbon For the Deep Ocean

The study estimates that about 1.65 billion tons of carbon are flushed into the ocean's depths every year, including fish poop. Although krill and zooplankton also contribute to the carbon in oceans, it is just now that fish are seen as a crucial player in that biological pump, according to ScienceAlert.

Ocean ecologist Grace Saba from Rutgers University-New Brunswick said their study is the first to investigate the impact of fishes on the carbon flux in oceans. There have been no studies exploring fish carbon. To that, Saba admits that there is uncertainty in the estimates in their study.

Nonetheless, their study results suggest that fish poop, fish breath, and other fish excrements are a potentially significant source of carbon for the deep ocean. Using a global model they made, the researchers showed how much impact fish poop could contribute to the ocean's total carbon flux.

"The passive and active downward transport of particulate and dissolved matter mediated by fishes are likely significant components of both organic and inorganic carbon flux in the ocean, but the information is uncertain and incomplete," the authors write.

"Even with the available information being from mostly short-term studies that exhibit high reported variability among specific locations, the evidence is suggestive of a larger role played by fishes in the carbon cycle than previously thought."

ALSO READ: This Fish Is the First of Its Kind To Domesticate Other Animals

Fish Are Vital In Storing Carbon Deep in the Ocean

ScienceAlert further reported that zooplanktons fix carbon dioxide into organic carbon through photosynthesis in the water's upper layers where sunlight can reach. This organic carbon can either sink deep in the ocean or be actively consumed by bacteria, zooplankton, or fish in deep water. Once it reaches the seafloor, creatures living there could use it.

Through seasonal or yearly circulation of ocean waters, organic carbon beyond this point could be reintroduced to the atmosphere threatening the current climate crisis. That means fish is vital in storing ocean carbon deep in the ocean, whether through biomass active migration, respiration, or passive pooping.

That also means that the effects of climate change and continuous harvesting of fish on the rate of carbon flux in the oceans remain unknown, given the countless threats that fishes face. Therefore, further research on biomass and fish is needed.

RELATED TOPIC: The Failing Health of the Great Barrier Reef

Check out more news and information on Climate Change and Fish on Science Times.