Clean energy and commodity trading: what you need to know 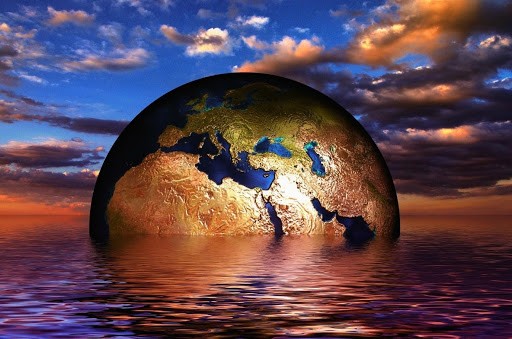 (Photo : Clean energy and commodity trading: what you need to know)

Green energy has become more important than ever. With the onset of climate change - and our growing awareness of our impact on the environment, there's a larger attention towards energy and how we use it.

But what are commodities, what is commodity trading, why is it important and what's its relationship to green energy?

Here's everything you need to know about this extremely important topic.

What is commodity trading

Commodities are basic goods or raw material that are used to create more complex goods - the building blocks of our global economy. Some easy examples are oil, copper, sugar and gold. And while the trading of these commodities has taken place for thousands of years, mostly physically, these days it happens on exchanges around the world.

Those who want to invest in the commodity market can do it in a myriad of ways, including investing directly in physical commodities, or alternatively indirectly through the purchase of shares in exchange traded funds (EFTs), mutual funds or commodity companies. Commodities are attractive to investors because they tend to be protected against the effects of inflation as well as the potential to maximise returns.

Many investors do so as a way to diversify their portfolios and help hedge against a decline in the base currency. Commodity markets are also open throughout the week which means you can trade based on your own schedule. Drivers of commodity prices include the health of the global economy, emerging market growth, consumer and manufacturing trends as well as the strength of the US dollar.

Commodities change over time, especially as they respond to what's going on in the world. Many have shifted to answer the problems of global warming. With so much interest in our impact on the environment, investors are looking at green energy when it comes to commodities such as gas, oil and more.

Here are some of the top renewable energy commodities that are gaining traction.

As one of the fastest growing forms of low carbon energy, low carbon electricity is compatible with existing infrastructure for power transport and distribution. As a commodity it's growing in popularity in the marketplace.

Hydrogen can be produced almost carbon neutral, and as a gas can be transported via pipelines in bulk. It can also be shipped or stored in cryotanks.

A fossil commodity that can also be produced from biomass, methane can also be synthesised to be carbon neutral. The low carbon variants of methane, methanol and other hydrocarbons are almost chemically identical to current commodities. Existing infrastructure can be used for these renewable energy sources too.

These days ammonia is made, for the most part, from fossil methane but it can also be made carbon neutral with the use of hydrogen and nitrogen. It can be used as a fuel or also as part of the transport of hydrogen.

Metal powder that's oxidized can be regenerated using hydrogen or low carbon electricity. Current metal powders that are global commodities include iron and alumina, alongside others.