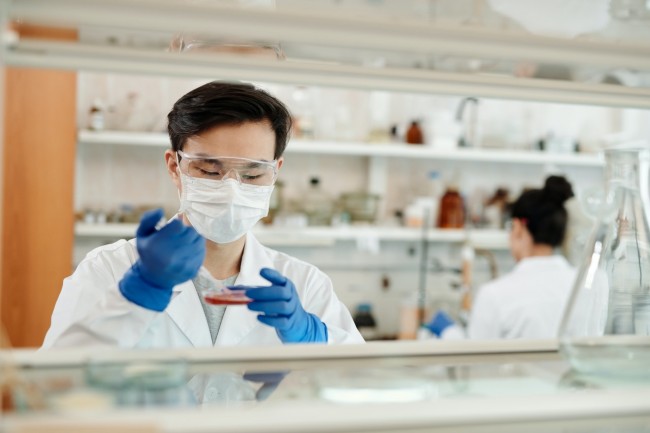 Medical technology has grown exponentially more sophisticated and powerful over recent decades, and bioengineering has been at the center of that growth. Bioengineering has already brought advances like MRIs, ultrasound scans, pacemakers, prosthetic limbs, and more. Now bioengineering is going even further, helping to develop technologies that will define the medical world going forward. Here are some of the bioengineering trends currently on the leading edge of medical science.

Tissue engineering is the term for the construction of bioartificial tissues and the alteration of cells through implantation of donor tissue. By itself, the human body tends to be inefficient at tissue and organ regeneration, especially when it comes to congenital defects, disease, and trauma. Dead tissue can't be brought to life, but biomimetic material can be used to help restore and repair that tissue.

Virtual reality is coming into its own as a path toward revolutionizing how we think about medicine. VR is being used in the fields of psychology, neuroscience, physical therapy, and more, helping health care professionals improve areas like motor skills rehabilitation, cognitive assessment, and mental health.

Using medical VR, surgeons can view a patient's body internally in 3D to determine the best surgical approach, even experimenting virtually to see if a procedure would be viable - without any risk to the patient. VR is also being tested on Alzheimer's patients, recreating a virtual world that provides stimulation to the brain and may help trigger memories.

These virtual environments are also being used to help with patients suffering from traumatic brain injuries, strokes, or other neurological ailments.

Work is even being done toward developing "virtual humans," which can act as guides for simulating patients, performing research, or even coaching rehabilitation.

Robotic surgery is nothing new, but recent advances in artificial intelligence (AI) and telesurgery have pushed the boundaries of what's possible.

Robot-assisted surgery can be performed with greater accuracy and precision than surgery by humans alone, and surgeons can even use the aid of robotics to move surgical tools in ways their own hands can't move. Some surgical robots can now conduct surgery on their own, as with the Smart Tissue Autonomous Robot (STAR) which has been shown to perform in surgery better than human doctors.

Another recent advance is in telesurgery, where surgery can be performed from a remote location. This technology could one day allow surgeons in more rural areas to get assistance from a remote doctor, reducing the risk of mishap. Telsurgery is also being developed in the training and assistance of new surgeons, treating injured soldiers on the battlefield, and collaborating or assisting with surgeons in developing countries.

Nanorobotics is the science of incorporating robotic functions on a scale smaller than a microprocessor or even a single cell. Nanorobotics can be used to develop new medical applications, assist with diagnosis and treatment, aid surgeons during procedures, and so on. Nanorobots could be used to help with imaging or drug delivery, bringing potent drugs to a small, targeted region in the body.

Nanorobots could also be useful in gene therapy and the treating of genetic diseases by modifying irregularities in DNA and correcting protein sequences. The nanobot can unwind chromosomal strands and compare them to an existing database to correct abnormalities.

Among the more promising aspects of nanorobots is in the treatment of cancer cells - in this case, using the aforementioned targeted drug delivery to dramatically decrease the side effects of chemotherapy. Nanorobots can also be used to detect tumor cells in their early stages and deliver drugs to eliminate them before they become a serious problem.

Bioengineering has already brought familiar advances in medicine, like nicotine and insulin patches. But technology is evolving that may soon revolutionize the idea of wearable health technology. Sensors could become part of clothing, woven into fabrics that can measure blood pressure, pulse, and body temperature. This clothing would use electronics that are 3D printed directly into the fabric and could send the results of these monitored body functions to medical facilities in real time.

Wearable technology is already common for people with diabetes, who use continuous glucose monitoring (CGM) systems and insulin pumps to manage their blood sugar. Research is also being done into cell-based therapies and the use of stem cells to help in the treatment of diabetes.

The advances currently being made in bioengineering is already creating a significant demand for skilled bioengineers and graduates with bioengineering degrees. The outlook for bioengineering jobs is positive, with an above-average growth rate of 5 percent from 2019 to 2029 expected.