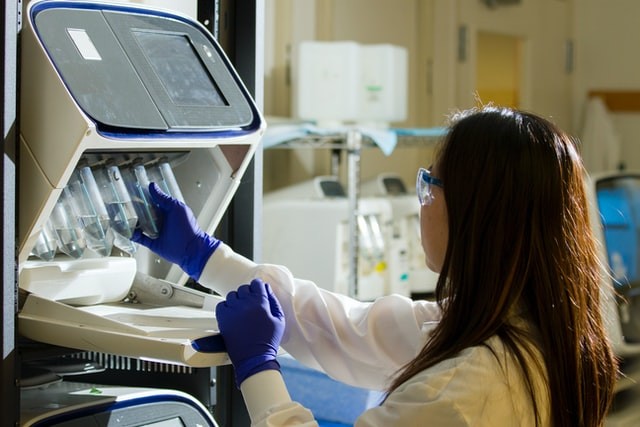 The company believes that an abnormal immune response is triggered when previously dormant Herpes Simplex Type-1 virus (HSV-1) is activated, and may catalyze the flare-ups associated with chronic illnesses including fibromyalgia (FM), chronic fatigue syndrome (CFS), GI disorders such as irritable bowel syndrome (IBS), and other functional somatic syndromes.

Fibromyalgia, IBS and other somatic fatigue related disorders are characterized by waxing and waning symptomatology that have no clearly obvious etiology. This Virios team's hypothesis that HSV-1 might be a root cause of FM is supported by both clinical and mechanistic data, the latter of which has suggested that HSV-1 is actively replicating in the tissue of patients diagnosed with FM and chronic GI disorders, such as IBS.

Virios currently has a Phase 2b trial underway studying IMC-1 which is the company's primary focus development candidate among the pipeline.

IMC-1 is a novel, proprietary, drug that has been granted fast track designation by the FDA. The fixed dose combination features famciclovir and celecoxib, both of which are FDA approved. IMC-1 was created specifically to synergistically suppress HSV-1 replication with an end goal of reducing fibromyalgia and IBS disease symptoms.

IMC-1 is being tested currently across over 40 US sites, in a multi-center randomized, double-blind, placebo-controlled Phase 2b trial known as FORTRESS that is designed to set the stage for future registrational studies including a Phase 3 trial.

IMC-1's efficacy on a range of fibromyalgia symptoms was previously demonstrated in the company's Phase 2a clinical trial whose results are highlighted below. Those trial results suggest that IMC-1 could potentially represent a new, novel treatment for treating fibromyalgia.

Virios Therapeutics is led by an executive team of highly experienced professionals with success in developing and commercializing novel therapies. Current Chief Chief Executive Officer and Chairman of the Board of Directors is Mr. Greg Duncan.

Before his time at Virios, Mr. Duncan served as CEO and President at Celtaxsys. The privately held biotechnology company focused on developing new anti-inflammatory medicines for rare diseases, setting the foundation for his work at Virios. Mr. Duncan scaled the required capital at Celtaxsys that allowed the company the financial and organizational capability for advancing both pre-clinical and clinical development candidates.

Mr. Duncan also worked at Pfizer where he held several executive U.S. and international positions. One of the most prestigious included his work as President of Latin America Operations and Senior Vice President of Marketing for Pfizer, a $2B operation he spearheaded. Mr. Duncan's operational teams help accountability for the launch of many tremendously successful pharmaceutical brands that include Zoloft, Lipitor, Celebrex, Viagra, Lyrica, Aricept, Cimzia, Zithromax (ZPack), Diflucan, Sutent, Rebif and Vimpat.

Additional members of Virios Board of Directors include Richard Burch, former President of Virios. Prior to joining the company, Mr. Burch spent over 3 decades at Pfizer working his way through the ranks from sales representative to Senior Vice President. At Pfizer Mr. Burch oversaw numerous divisions and leading employee workforce groups of over 6,500. His team were accountable for $11.5 billion in total revenue along with taking part in the launch and management of over 20 pharmaceutical products and brands during his 30 year career.

William L. Pridgen, M.D. is the Founder of Virios Therapeutics. Dr. Pridgen is a board-certified surgeon who practices with Tuscaloosa Surgical Associates, P.C. in Tuscaloosa, Alabama. Dr. Pridgen has spent nearly 2 decades researching and working to find effective treatments in fibromyalgia, Myalgic encephalomyelitis/chronic fatigue syndrome (ME/CFS), and irritable bowel syndrome (IBS). He also served our country as a physician and surgeon in the United States Navy for a 5 year period.

The company highlighted safety data from the Phase 2a trial in early June of 2021 for International Association for the Study of Pain's annual event. Clinical trial PRID-201 results showed IMC-1 improved FM patients pain and other core symptoms, and was better tolerated than placebo when used to treat patients diagnosed with fibromyalgia.

Virios Founder William Pridgen, M.D. was the lead author on the abstract highlighting the conclusions at the 2021 IASP World Congress. The data included IMC‑1 exhibiting an encouraging safety profile. The discontinuation rate was nearly 3x higher in patients that received placebo treatment as compared to those fibromyalgia patients that received IMC‑1. These results suggest that treatment with IMC‑1 was extremely well-tolerated with no issues of safety or efficacy.

IMC‑1 demonstrated in the Phase 2a study significantly reduced pain symptoms as well as reduced fatigue along with other improved important symptoms for fibromyalgia patients. The results support the company's theory and suggest that IMC‑1 may offer an exciting new novel therapy that is a highly well‑tolerated option for fibromyalgia patient treatment.

IMC-1 is a proprietary novel therapy composed of a fixed dose combination of famciclovir and celecoxib. The antiviral therapy features a dual-mechanism that is synergistically designed to suppress Herpes Simplex Virus-1 (HSV-1) activation as well as replication leading to a reduction in the burden that comes from viral mediated diseases.

IMC-1 features two specific combination mechanisms of action selected as a pair to inhibit HSV-1 activation and HSV-1 replication. The inhibition of activation helps "down-regulate" HSV-1 from an active (lytic) state back to a dormancy (latency). Further research has been designed to demonstrate if IMC-1 can keep HSV-1 in a dormant (latent) state, with the end goal of reducing future FM disease flare-ups.

Virios Therapeutics currently holds a U.S. "Composition of Matter" Synergistic Patent (US 10,251,853) for the total daily dose synergistic combination of famciclovir and celecoxib.

"There is a clear medical need for new, safe and effective treatments with the potential to improve care for the estimated 10 - 20 million FM patients in the U.S. and more than 200 million worldwide," commented the M.D., Ph.D. and Chief Medical Officer of Virios Therapeutics.

Gendreau continued, "Our Phase 2a clinical trial data showed that IMC-1 treated patients had higher overall completion rates and lower rates of discontinuation due to adverse events, as compared with placebo-treated patients."

"This is an especially encouraging result when viewed in the background of current patient and provider dissatisfaction with the generally poor tolerability of existing approved FM treatments," concluded Dr. Gendreau.

Virios Therapeutics is currently conducting a randomized, double-blind, placebo-controlled Phase 2b trial known as the FORTRESS study across over 40 US clinical trial sites. FORTRESS stands for Fibromyalgia Outcome Research Trial Evaluating Synergistic Suppression of HSV-1. It is seeking to enroll a total of 460 women between the ages of 18 - 65 that have been diagnosed with fibromyalgia based on the 2016 American College of Rheumatology diagnostic criteria.

The primary endpoint for the FORTRESS trial focuses on patients reduction in overall in pain over time. The results will be measured utilizing the Numerical Rating Scale ("NRS") 24-Hour Recall scale on a daily basis over a sixteen week period.

On June 04, 2021 Virios announced that the first patient had received their dose of Oral IMC-1 in the company's new Phase 2b clinical trial. Trial completion with top line results announcement is currently expected in mid-2022.

The company highlighted that over 40 US clinical trial sites were fully operational. IMC-1 has been granted FDA "Fast Track" review designation for the treatment of FM. The trial is enrolling a total of 460 women with the goal of building on the previous results of the 143-patient Phase 2a data that met the primary endpoint for pain reduction and was tolerated at a statistically higher level than placebo.