SpaceX, the space firm owned by Elon Musk is donating $50 million, a grant putting private Inspiration4 space mission over the top of its search to raise an amount of $200 million for St. Jude Children's Research Hospital.

A Space.com report said, Musk committed the amount on September 18, after the four private astronauts of the space mission went back safely to this planet "with a splashdown in the Atlantic Ocean," just off the coast in Florida.

Inspiration4 was financially backed by Jared Isaacman, a billionaire tech entrepreneur who purchased the flight with SpaceX and served as the company's commander in order to raise awareness, as well as support for St Jude. As of splashdown, the mission was able to raise approximately $160 million for the hospital. 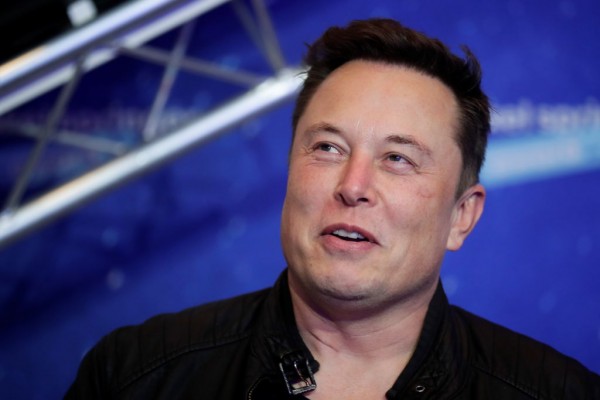 (Photo : Hannibal Hanschke-Pool/Getty Images)
SpaceX, the space firm owned by Elon Musk is donating $50 million, a grant putting private Inspiration4 space mission over the top of its search to raise an amount of $200 million for St. Jude Children’s Research Hospital.

A similar report by the New York Post said that Musk wrote on Twitter "Count me in for $50 million," as his response to the public from the space mission welcoming home the crew, not to mention, reminding everyone of the said fundraiser.

The medical officer also thanked Musk for his generous $50 million donations toward the mission's fundraising goal for St. Jude research.

Additionally, Isaacman thanked Musk as well and reminded the public that the fundraiser continues. The billionaire donated $100 million in contribution to the fundraising goal.

He then donated the three other seats on the space mission to raise awareness for the research on childhood cancer. Essentially, Arceneaux was chosen by St. Jude to fill the seat called "Hope" on the crew.

Inspiration4 mission was launched by SpaceX on September 15, sending Isaacman, Arceneaux, and two more civilians namely Sian Proctor, a geoscientist, and Chris Sembroski, an aerospace data engineer, on a three-day trip orbit of the earth.

They carried out a series of scientific experiments, played music, and spent time watching out a giant dome window, the space firm added to their Crew Dragon for Inspiration4.

Isaacman placed the initial sports bet from space, specifically the Philadelphia Eagles for victory against the Super Bowl, and the crew talked to Hollywood actor Tom Cruise and Bono, the U2 singer, while they were, among other things, in orbit.

Isaacman tweeted on Saturday, "We loved space," although it is great to be home. Incredible news on the donation of Musk, not to mention exceeding the $200 million goals for St Jude.

The donation of Musk, according to a similar PressNewsAgency, brings the approximated total of the fundraiser of this space mission to roughly $210 million and that is prior to the planned auction of a lot of items the crew took into space on the said mission.

It includes a Martin Guitarukulele played by Sembroski, art and flight jackets, and dozens of what's described as "non-fungible tokens," or NFTs, for artwork, as well as a new song by the Kings of Leon.

Officials at St. Jude seemed excited to hear the success of the fundraiser. The hospital said on Twitter, two missions were achieved in just one night.

In a later message, the hospital also thanked the Inspiration4 crew and SpaceX for this notion beyond the Earth and for making things better for everyone at present and in the future.

RELATED ARTICLE: SpaceX's Inspiration4 Mission: How Astronauts Prepare For The Launch Next Month