What is Asbestos, And How Can It Be Harmful? 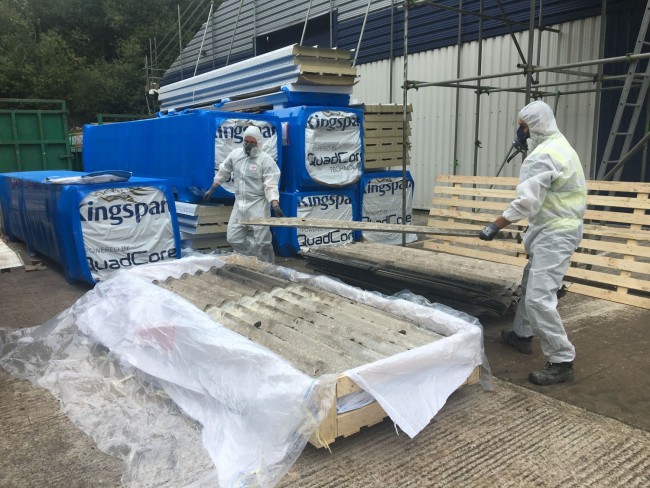 (Photo : What is Asbestos, And How Can It Be Harmful?)

Asbestos is a naturally occuring mineral with very tiny, microscopic fibers. When asbestos is generally disturbed, the fibers become airborne. These fibers can be easily inhaled, causing potential life-threatening harm after being trapped in the lungs. Inhalation is the most common way asbestos enters your body, mainly staying in your lungs, leading to harmful diseases like asbestosis, mesothelioma, lung cancer,  and even ovarian and larynx cancers.

Currently, due to the harm of Asbestos, it is only allowed in amounts less than 1% in consumer products in US. around hundreds of U.S. Consumer products use asbestos in little amount. But UK has completely banned it since 1999.

There are multiple harms associated with long-term asbestos exposure, including cancer and other hazardous diseases. The potential damage from asbestos comes after years of asbestos experience. Asbestos is not harmful if left alone, but if you disturb it, the fibers get into the air and then could get into your lungs after you inhale it.

Asbestos fibers can be easily inhaled and they travel straight to the lungs. Prolonged exposure leads to fibrotic lung disease, also known as asbestosis. Since there's almost no treatment or cure for asbestosis, it could turn out to be disabling or fatal. The symptoms of Asbestosis include shortness of breath, wheezing, persistent cough, fatigue/extreme tiredness, pain in the chest or shoulder area, and even swollen fingertips in rare cases.

You are probably at risk of asbestosis if you have been worked in an industry with asbestos exposure for a long time.  And the symptoms also can take up to 20 to 30 years to appear. Asbestosis also leads to other serious diseases like lung cancer or mesothelioma.

The main risk associated with long asbestos exposure is lung cancer. You won't start developing lung cancer with only 5 mins of asbestos exposure. The level of risk depends on how much and how long you were exposed to asbestos. Not only that, but it also depends on your age and the type and size of asbestos fibers. What we know is that asbestos is harmful, so it's best to avoid it at all costs.

Some studies suggest that workers with 1 to 12 months of asbestos exposure had a higher risk of developing lung cancer later in life.  Not only were the workers exposed to asbestos, there have also been lung cancer cases reported in the household of these workers due to the asbestos carried on work clothes. Besides asbestos workers,  many famous people have died from asbestos.

Unlike other cancers, lung cancer usually shows no symptoms in the early stages. Instead, the symptoms start rolling in when the cancer is already in an advanced stage.

Besides lung cancer, mesothelioma develops  in asbestos workers and other individuals with frequent asbestos exposure. Mesothelioma is also a fatal cancer that's rare in the general population and primarily associated with asbestos. It's a very aggressive cancer that develops from the mesothelial cells around the lungs, heart, and abdomen. Workers who are heavily exposed to asbestos swallow many fibers that contribute to the development of mesothelioma.

Other health effects of asbestos exposure include harmful effects in the pleura (chest cavity), larynx, and the immune system.

The potential harm from asbestos exposure is generally life-threatening. It can even harm your family members or the people you stay with.

So, make sure you're very cautious while working with asbestos. Ensure you wear proper protection to minimize or eliminate asbestos inhalation. Don't forget to change your clothes accordingly so that no asbestos fiber is trapped in your clothes when you head back home.