Experts have always recommended a healthy diet to keep the body in good shape. But many of the food items that people believe to be healthy may actually not be healthy at all.

Rob Hobson, the Head of Nutrition at Healthspan, discusses some food items with Express that often deceive even the most discerning shopper. 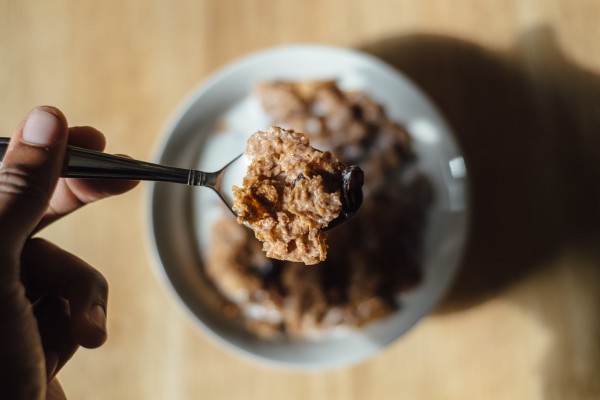 (Photo: Pixabay)
Are You Sure You're Eating Healthy Foods? Here are 5 Foods That Are Really Not Good for Your Health

According to Healthline, breakfast cereals are loaded with added sugar and refined carbs that contribute to several diseases. Notably, sugar is listed as the second or third ingredient of the breakfast cereal.

Eating it at the start of the day will give the body a spike of blood sugar and insulin levels, but it will crash after a few hours, and the body will start to crave again another high-carb meal or snack. Too much sugar consumption could lead to type 2 diabetes, heart disease, and cancer.

Hobson said that there are several misconceptions about coconut oil. Many would say that it is a healthy oil, but there is not enough reliable source to back their claims. Hobson emphasized that coconut oil is not a healthier option than olive oil because it has a very high saturated fat content.

According to Harvard Health Publishing, coconut oil has 90% saturated fat, whereas butter, beef fat, and lard only have 64%, 40%, and 40%, respectively. They also emphasized that too much-saturated fat in the diet raises bad "LDL" cholesterol levels that increase the risk of heart disease.

Hobson said that smoothies offer two servings of five a day, which could be good, but they still contain high sugar that could reach 500 ml when packaged in, whereas the NHS only recommends 150ml per day. He advises people to check the label of fruit smoothies on the market mostly made from purees and juices instead of whole fruits. If you are busy, you can use services like blendtopia for smoothies on the go.

Honey is a natural sweetener that got people thinking that it is way healthier. But Hobson said that it still contains sugar like any other sweetener. He pointed out that although it is not that bad, people should still watch how much honey they consume.

Popcorn could be a pretty good snack and considered to be healthy as well. But Hobson warned that those watching their weight must read the label properly, or they could be in for a nasty surprise.

More so, the way it is prepared could be an issue. She added that it is still important to control how their snacks are prepared from the start.

RELATED ARTICLE: Balanced Diet Might Be Complicated Than Previously Thought

Check out more news and information on Diet in Science Times.