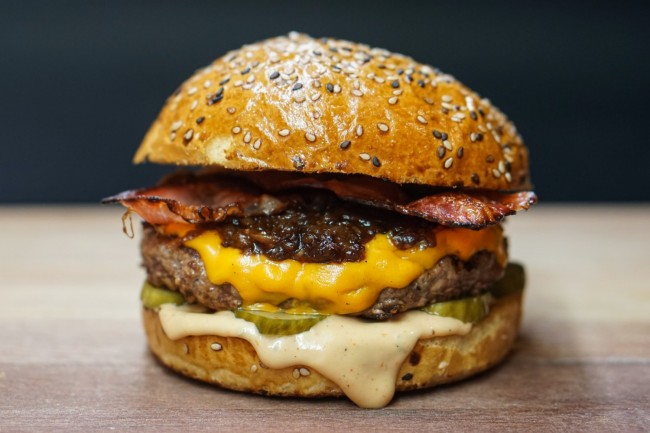 Even if meat wasn't bad for human health, the damage it's causing the planet can't be ignored

"What's bad for the planet is bad for you." This statement seems self-evident. But evidentially not so for some. The forces on one side of what a piece from The Atlantic magazine called "the meat wars," apparently aren't yet ready to surrender or even call for a cease-fire.  Writing in the article, Yale School of Public Health lecturer James Hamblin, M.D., helps explain why there is even still a "debate:'' Too many vested interests, and too few willing to be intellectually honest. There's no question which army has the upper hand at present. Even after being presented with indisputable information detailing detrimental effects to health and the environment from consuming meat, researchers have found that most people are willing to overlook such pesky inconvenient facts as they "like '' it. It's a part of many people's culture or even values. Prying meat out of people's cold dead hands is obviously not the answer, but offering meat substitutes that they genuinely like could be. And, we're happy to report, such substitutes now exist.

All sorts of high-end "alternative meats" made with plant-based ingredients are going beyond the famous ones already on the market. Already a reality in Israel and set to hit store shelves everywhere soon, are ideas such as a burger made with a 3D printer. These futuristic "new meats" have considerably more meatiness - mimicking the texture, smell, and 'mouth-feel' of meat to such a high degree that some rank it "90% similar" to the real deal. Of course, with no cholesterol and plant-based ingredients, there are significantly fewer health issues to worry about, zero moral or ethical concerns, and perhaps only a small element of cultural sacrifice. When these and other meat substitutes become available everywhere - and at competitive prices - is there any flanking move that can turn the tide of what looks like the final battle in the meat wars? Protein, iron - check. Taste, 'likes,' culture - check. The facts appear to equal checkmate. 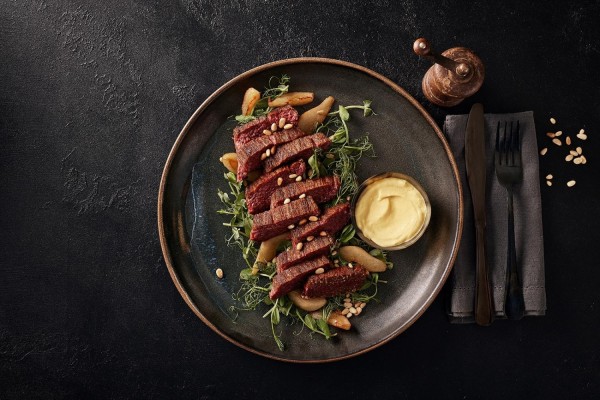 The meat wars haven't been fought 'clean.' On the militant vegan side, many misrepresent facts, ignore realities, and hyperbolize when it suits the cause. On the opposing side are groups - as just one example - such as the National Cattlemen's Beef Association, a lobbying group for US beef producers. They'll happily spend all day expounding on the benefits of protein and iron while glossing over or refusing to squarely address the numerous studies that show red meat, in particular, has the potential to hurt human health. One report from the UN went so far as say red meat is probably carcinogenic. But the meat industry is far more powerful than any radical vegan coalition. The meat lobby has the resources to get their version of the "truth" to far more people than the cow-huggers. Those who want to grant personhood to dolphins can be weird and may be guilty of misinformation sins - but their message gets far less exposure. It would be nice if all fought fair - and all agreed that a fact is a fact, but that's not the world we live in.

As Doctor Hamblin points out, if meat consumption was done in moderation there's a good chance it may not be worth fussing over from a health perspective. But, Americans in particular, are really not down with moderation - and never really have been. Since the 1960s, Hamlin notes per capita intake has doubled. The average American male eats more than his own weight in meat every year and you won't be surprised to hear that the weight of these same males has increased by 30 pounds since the 1960s. Hamblin sites statistics showing Americans eat meat at a level that's double the global average. But let's not bash America too much. Plenty of folks in other nations including China, for example, would likely love to eat as much meat as the average American, but bank accounts did not previously permit it. That's changing, fast - especially in places like China. Newly rich consumers are increasing their meat intake, and likewise following America with increased numbers of obesity and various other diseases associated with excessive meat-eating and excessive weight. Stats again from The Atlantic show that in the early 1980s, the average person in China ate roughly 30 pounds of meat annually. In 2019, that number was closer to 140 pounds, and when looked at globally, by 2040 the demand for meat is projected to rise by a whopping 75%.

Even if we completely ignore the health risks associated with unhealthy diets, it's impossible to overlook what the current food system is doing to the planet. A third of the land on Earth is used to raise livestock! And the animals we eat are the cause of significant damage, including deforestation, soil loss, water pollution, and many other forms of pollution which in combination have been conclusively linked to climate change. Right now, 70 billion livestock animals roam the planet... and the creatures with four stomachs are terrible at turning plants into meat. They produce incredible amounts of methane, another huge contributor to climate change.

Experts such as Hamblin point out is that much of the research that floats around the media is not intellectually honest. One study finds eating moderate amounts of red meat is not harmful while a second comes out saying it causes cancer. Then a third one will tout the benefits of eating an only-meat diet for weight loss, while yet another will claim such a diet can lead to an early death. The result for the consumer is confusion. And that confusion is being used as a weapon. -See? Nobody knows anything. It's all too contradictory! So just keep doing what you've always been doing.  -This is how for the most part, human habits related to diet have not significantly changed despite evidence regarding both health and environmental issues that is too conclusive to be ignored when faced honestly. In short, even if eating meat, particularly red meat, wasn't bad for your health, it would still be something that we should move away from as its peripheral effects are already horrific.

The good news is that scientific breakthroughs in meat substitutes are on the verge of going fully mainstream, and should help alleviate confusion for many. -This stuff really tastes like meat, really tastes good, and is healthier and is better for the planet? OK, then. Case closed.