These Five Companies Are Changing the Pharma Industry Through Liposomes 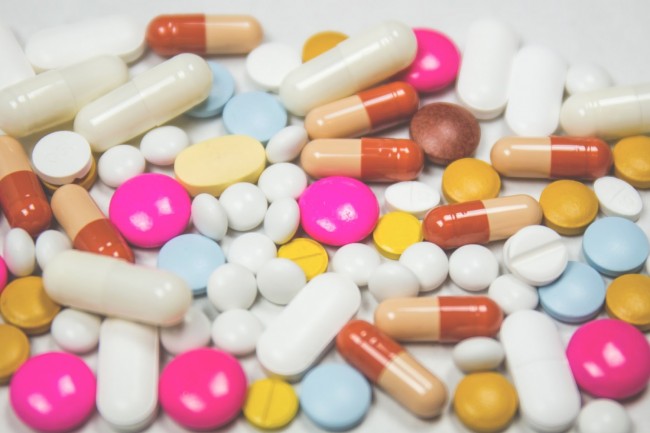 (Photo : Photo by freestocks on Unsplash)

The liposome drug delivery devices market, currently valued at $3.64 billion, is expected to hit $5.30 billion by 2025 (10% CAGR). The growth is fueled by several factors, including economic growth and increased healthcare expenditure in emerging markets, an expanding elderly population needing advanced healthcare, and an increased number of research and innovation-driven pharmaceuticals. However, the growth of this market is not without its own unique set of challenges: high costs of the technology may impede the clinical translation of liposomal drug delivery systems. Major players that are making waves in the liposomal drug delivery industry include Innocan, Pacira, Gilead Sciences, Versantis, and the LUYE pharma group.

Liposomes are synthetic closed phospholipid vesicles that are used as nano-drug delivery vehicles in the pharmaceutical industry. In appearance, they are nano-sized spheres with a double layer of lipids, and they transport drugs through the vascular system.

These synthetic phospholipid vesicles serve as carriers for bioactive drug components and thus improve the therapeutic index of new or established drugs. They increase the absorption of the drugs, reduce metabolism, prolong half-life, and reduce toxicity. In other words, the drug's absorption and distribution are no longer influenced by the biochemical properties of the drug but that of the carrier molecule, these are liposomes.

The increased bioavailability of drugs transported in liposomes has significant clinical implications.

Alec Bangham, an English hematologist, has been credited with describing liposomes in 1951. After years of intense research and technological developments, liposomes became approved for clinical use in 1995.

Liposomal drug delivery systems create a unique opportunity to enhance the delivery of hydrophobic drugs components by improving their bioavailability. The drug's safety is enhanced with liposomes, and distribution to organs and tissues throughout the body is equally enhanced. Currently, there are about 15 different liposome-based drugs that have been approved by the FDA, while a others are in clinical trials. They are the pioneering nano-scale drugs to be approved by the FDA.

Several innovation-driven pharmaceutical companies are changing the pharma industry through liposomes. We have created a list of the top five based on the novelty of their innovation and the value to the end-user.

Versant is an innovation-based pharmaceutical company that is committed to finding effective medical solutions to life-threatening intoxications. They are actively involved in liposome research and how to harness its potential to improve medical outcomes. Currently, they are looking into an innovative drug capture platform based on a liposomal system to enhance drug delivery for difficult to treat medical conditions. The platform is bound to be a game-changer that will lead to disruptive drugs for specific indications.

Versant is working on an enhanced liposomal solution for acute liver disease, whose current mortality exceeds fifty percent. The drug was granted orphan status (VS-01) by both the FDA and EMA and is being advanced to phase 2 trials soon. It will likely be commercialized in about five years as a liposome-based treatment for acute-on-chronic liver failure (ACLF). This drug has been designed to target liver deficiencies such as acute hepatic encephalopathy (AHE), liver cirrhosis, and urea cycle disorders. Its inbuilt versatile mechanism enables it to support the functioning of affected organs, including the kidneys and brain, which goes a long way in saving patients' lives. Versant is a private pharmaceutical company that was founded in 2015 in Switzerland.

Innocan is an innovation-driven pharmaceutical company that is tapping into the potential of liposomes to enhance drug delivery and save lives. The company founded in 2017 in Israel has an exclusive agreement with Yissum Research and Development Company, an arm of Hebrew University of Jerusalem that is working to develop a one-of-a-kind liposomal-based platform- LPT.

Cannabinoids have immense therapeutic potential that is bound to revolutionize the pharmaceutical industry. Cannabinoids have a significant role to play in several medical conditions, as research is now revealing. This includes the following:

Innocan has created a unique liposome platform technology (LPT) to enhance the delivery of lipophilic bioactive components such as CBD. They are loading cannabinoids into liposomes with precise timing and dosage control, showing In animal models a sustain release of CBD for more than 40 days with only two injections.

Innocan boasts of a highly experienced team that is well versed with liposomal delivery systems. This model loads a specific dose of CBD into liposomes and then controls its release into the bloodstream.

They hold aworldwide exclusive license for the commercialization of this technology which has a pending patent. Their financial model is unique as they hope to make money from licensing large pharmaceuticals to use the technology.

Gilead Sciences is a research-driven pharmaceutical company making waves in the pharma industry through technology and innovation. They work in close collaboration with academic and industry partners to create effective and innovative pharmaceutical solutions.

Gilead, collaborating with Fujisawa, created a now popular liposomal formulation for the systemic antifungal amphotericin B- AmBisome. This formulation is more effective than the usual amphotericin B in treating several fungal infections. The FDA recently approved it for the treatment of cryptococcal meningitis in HIV patients. It is also effective in cases where the patient has renal impairment with high levels of toxicity. In other words, cases where amphotericin use should be tapered down or even discontinued.

Gilead Sciences is committed to research in viral diseases, chronic inflammatory diseases, and oncology. They are currently working on a revolutionary approach to cancer therapy, developing single-tablet regimens for HIV, and finding a cure for the elusive hepatitis C. They are harnessing the potential of liposomes to enhance drug delivery and improve patient outcomes. They are equally committed to advancing global health, sustainable practices, and working with communities towards equitability in health and social justice.

Pacira is a leading pharmaceutical company that develops solutions for non-opioid pain management and regenerative health to improve patient outcomes.

They recently created a bupivacaine liposome injectable drug called Exparel, which is transforming post-surgical pain management. It is designed for use as a local anesthetic administered before surgery to eliminate the need for opioids after surgery.

A pilot study comparing Exparel to regular bupivacaine following knee arthroplasty found that the liposomal formulation of bupivacaine resulted in a 78% decrease in opioid need post-surgery. It also offered significantly better pain control. One in 10 patients who used the Exparel was opioid-free through 2-3 days post-surgery.

Exparel turns off pain signals and numbs the surgery site for up to several days after the surgery. It is offered as a single dose to provide regional anesthesia at the surgery site. To date, it has been used by over 9 million patients (above six years) safely.

Pacira is using technology to harness the potential of liposomes in improving drug delivery and providing better outcomes in pain management post-surgery. If taken up, this can reduce opioid dependence and stem the global opioid epidemic crisis.

Luye Pharma Group is a member of the international pharmaceutical company Luye Life Sciences Group. This company creates innovative solutions targeting the central nervous system, oncology, and cardiovascular systems. They have research and development (R&D) centers spread out in China, the United States, and Europe.

Luye Pharma Group has a platform that is dedicated to novel drug delivery systems & liposomal technology. They harness the potential of liposomes in delivering long-lasting and extended-release of bioactive drug components. This is coupled with transdermal drug delivery technologies for improved patient outcomes in specific medical conditions.

They recently launched Lipusu, the only marketed injectable Paclitaxel liposomal formulation that addresses multiple cancers. However, it is indicated as first-line chemotherapy for metastatic ovarian cancer. It may also be offered in combination with Cisplatin. A study investigating Lipusu in a rat model demonstrated that it has relative efficacy and reduced toxicities compared to regular paclitaxel.

Cancer is a global crisis and a leading cause of death across all demographics. Liposomal formulations such as Lipusu may offer similar antitumor benefits while reducing toxicities, improving patient outcomes.

Liposomal drug formulations have immense potential to transform the pharmaceutical industry; we are just beginning to scratch the surface. Leading pharmaceutical companies are driving change in the industry with ground-breaking innovative platforms for liposomal drug delivery systems. However, as the demand for this class of drugs increases, competition is becoming steep as more pharmaceuticals join the space.

A long presence in the market has helped some of these companies attain credibility and a prominent position. In the long run, companies that will make a lasting impact will need to develop strategies that address key pain points in drug delivery (bioavailability, efficacy, and safety) while maintaining a competitive edge in product pricing.

The author was paid for this independent analysis of the company, and it should not be construed as an investment advice of any kind. Investors should make their own decision as to the buying and selling of traded securities at their own discretion.