Breast Cancer-Related Deaths Are Down by 44%, Says Cancer Research UK 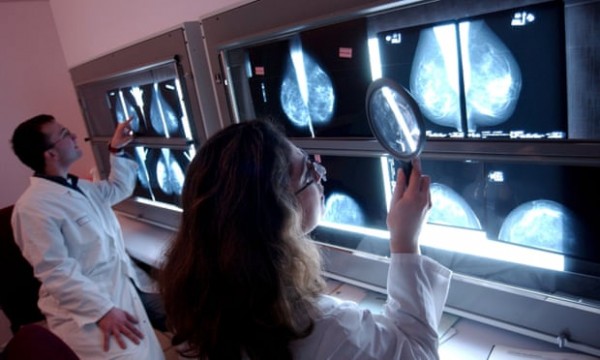 In 1989, the United Kingdom experienced a record-setting number of breast cancer-related deaths, when an estimated 15,600 women tragically lost their battle with the horrible disease. However, 30 years later, a recent study suggests that the death rate has dropped an astonishing 44 percent since then.

According to an analysis conducted by Cancer Research UK, an estimated 130,000 lives have been saved over the past three decades.

This incredible turn around is mainly due to advancements in technology and surgical techniques. The innovative medical devices enable more precise and accurate testing and diagnosis, as well as better understanding of the proper breast cancer treatments for patients. Not to mention, safer, and more effective, cancer-fighting drugs are available today than what was on the market 30 years ago.

But maybe the most successful tool used in the fight against breast cancer is knowledge. Most people are aware that early detection is key to survival. As a matter of fact, when breast cancer is detected in the early stages, 98 percent of women have an incredible chance of surviving beyond the first five years after diagnosis. A percentage that drops considerably for those diagnosed in the later stages, as only 26 percent of women have a chance of surviving the initial five years

One of the many success stories is Deborah Huggons, a 62-year old mother who was diagnosed with breast cancer in 2007.

"I did not find chemotherapy easy," Deborah said, "but I didn't let it beat me. Early diagnosis is key, and I really want to help get that message across."

The truth is, only 25 percent of breast cancer cases are detected through medical screenings. Most women discover a lump or other signs through examinations in which they conduct on themselves in private. This is primarily thanks to the increasing public awareness, which stems from campaigns such as Breast Cancer Awareness Month, as well as The Lump and others.

While this analysis brings forth feelings of accomplishment and success, there is still so much more that needs to be done. As of right now, in the UK, 11,400 lives are lost every year to breast cancer, with more than 55,000 new cases being diagnosed within that same year.

Cancer Research UK's chief executive Michelle Mitchell said: "These numbers show that research is working, and we should celebrate the considerable progress that's been made - but while lives are still being lost, our work is not done yet."