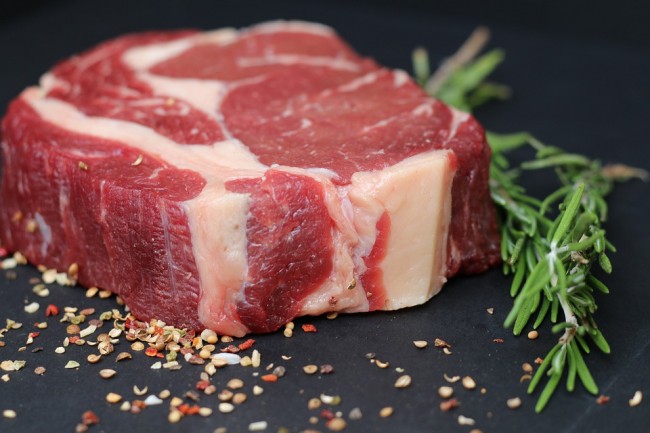 Lab-grown meat has been successfully cultured in space for the first time in history.

The Israeli food technology startup Aleph Farms made a breakthrough in the alternative meat industry by growing slaughter-free meat inside the International Space Station, 248 miles (339 km) away from any natural resources. This first lab-grown steak possesses a chunk of cell-cultured meat that mimics the texture and structure of beef you can find in any supermarket.

Before taken to space, bovine cells were harvested on Earth. When they reached space, The Guardian says they were eventually grown into small-scale muscle tissue using a 3D bioprinter. The process depends on resembling a natural process of muscle–tissue regeneration that occurs inside a cow's body.

The experiment took place on Sept. 26 inside the Russian segment of the Space Station, involving the building of small-scale muscle tissue in the 3D bioprinter under surroundings with controlled microgravity. The approach could definitely be used to produce meat for people living in the space station.

The advancement is surely a further step forward for a nascent industry whose goal is to provide people with real meat without the environmental impact and welfare complications of intensive livestock production.

Aleph Farms announced its creation of a prototype "strip" of steak developed from cells in the lab in just under two weeks, last December. Although they also admitted that the taste needed improvement.

The livestock industry is currently the biggest emitter of greenhouse gases in the world. Cattle is the largest producer of methane gas, which is 22 times more potent as a climate-changing gas than carbon dioxide. Apart from methane, the amount of natural habitat destroyed in order to convert it to land for cattle is alarmingly extensive. Up to this day, many industries are continuing to buy gigantic pieces of land for livestock.

This slaughter-free meat discovery is a breakthrough for more research on possible meat alternatives for the market and can hopefully be used for further experimentations and studies on vegan diets.

The co-founder and chief executive of Aleph Farms Didier Toubia said that they are working hard to prove that cultivated meat can be produced anytime, anywhere, in any condition.

She also emphasized how it is possible that they can potentially provide a powerful solution to produce the food closer to the population needing it at the exact and right time it is needed.

This joint experiment is indeed a significant first step toward the company's vision to provide food security for generations to come while preserving the world's natural resources.

Recent scientific research has confirmed that extensive cutbacks in the consumption of meat and dairy are essential in order to reduce greenhouse gas emissions and avoid dangerous climate change. It has also been found that avoiding meat and dairy products was the single biggest way to reduce an individual's environmental impact on the planet.