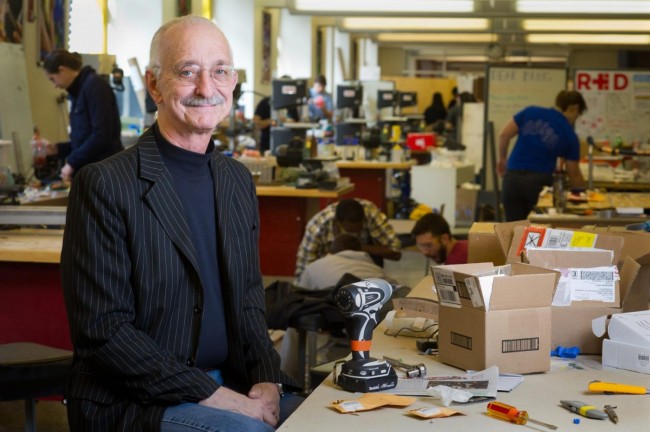 Dr. Woodie Flowers, the Father of Educational Robotics as proclaimed by VEX Robotics, has passed away last Oct. 12 due to undisclosed medical complications. He was widely known and celebrated as one of the co-founders of the international youth organization called FIRST (For Inspiration and Recognition of Science and Technology), which manages the widely acclaimed FIRST Robotics Competition and its iterations in partnership with LEGO. The robotics competition is the flagship event of the organization that aims to foster interest and inspiration for the youth to immerse themselves in science, engineering, and technology fields.

Dr. Flowers was born in Jena, Louisiana, in 1943. Early in his youth, he was already immersed in the world of mechanical engineering and design as his father was involved in such activities. He initially did not plan to go to college but changed his mind upon receipt of a scholarship where he majored in mechanical engineering. He obtained his Bachelor of Engineering at Louisiana Tech University in 1966, followed by his Master of Science, Master of Engineering, and Doctor of Philosophy in Mechanical Engineering at the Massachusetts Institute of Technology in 1968, 1970, and 1973, respectively.

After graduating from MIT, he served as a teacher in the Department of Mechanical Engineering with a class called "Introduction to Design and Manufacturing," previously coded as Course 2.70 but now exists as Course 2.007. Students who took the course were required to build devices and robots, effectively making the course more hands-on in the spirit of "experiential learning". Since then, the class has been one of the most iconic and popular courses at MIT.

Dr. Flowers eventually brought over the spirit of Course 2.007 from the classrooms of MIT to the outside world with the introduction of the FIRST Robotics Competition. Dean Kamen founded FIRST in 1989 and was looking for an outreach program to inspire the minds of the youth with science and technology. During that time, Dr. Flowers was the host of a series named "Scientific American Frontiers" which was a show under the PBS Network. He showed a video to Kamen of the competition being done in Course 2.007, and from there came the very first installment of the FIRST Robotics Competition in 1992 in New Hampshire. The competition has since grown to 3790 teams from 33 different countries in its latest installment.

The balance between technology and humanism was something that Dr. Flowers advocated passionately, with a term he coined as "gracious professionalism." He coined this term as a way to describe the balance between the two sides of the brain: the creative and empathetic side with the rational and technological side. The term is about being fierce in the heat of competition yet gracious enough to learn from each other in the long run. He insists that a good balance between the two sides is necessary for the pursuit of a well-lived life.

He was a legend in his craft and truly inspired thousands of youth all over the world to pursue careers in science, technology, and engineering. He may have passed away, but his legacy continues to live on.