NASA Engineer Proposes Engine That Runs Without Any Fuel 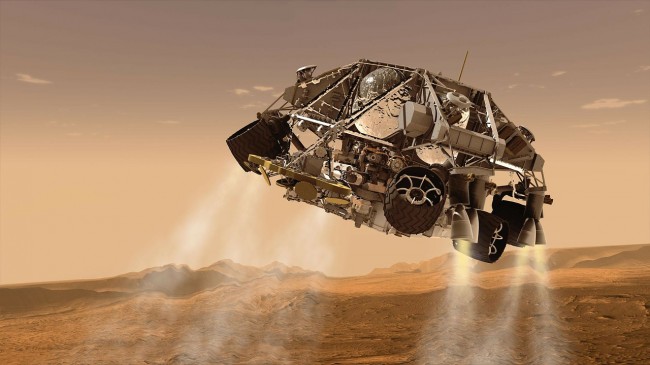 (Photo : Pixabay) Soon space travel may be made easier with fuel-less engines, as proposed by NASA Engineer David Burns.

Imagine an engine that can run without any fuel. It may sound too good to be true, but a NASA engineer has proposed that this may soon be a reality.

David Burns, an engineer based in the NASA-operated Marshall Space Flight Center in Hunstville, Alabama, has unveiled his project he calls the "helical engine." The engine can be visualized by picturing a ring inside a box resting on a frictionless surface. The ring is supported by a rod parallel to the floor, with a spring on one end. When the spring pushes the ring forward, the box will recoil in the opposite direction, following Newton's third law of motion, which states that for every action, there is an equal and opposite action. In this case, the box is restricted to a mere back-and-forth motion, following the third law.

But Burns postulates that should the ring's mass increase before it impacts the box, then there would be a net forward momentum that pushes the box forward. And when this action is repeated, the box would be able to move from one point to another, solely relying on the momentum that the ring's changing mass generates. It may sound like science fiction, but the change in mass does not violate any physical laws. Changes in mass are observed when particles are made to approach the speed of light, according to Einstein's Theory of Special Relativity. Simply replace the analogy of the ring with a particle accelerator, where ions are made to accelerate to the speed of light in the forward stroke and decelerate in the backward stroke. The box and rod can be removed when the accelerator is shaped into a helix, thus, providing both lateral and circular motion for the particles to perform the task of forwarding propulsion. Space is essentially frictionless, making travel more efficient since there would be no drag on the spacecraft.

This has very big implications for deep space travel because of the tradeoffs between engine size and thrust that engineers have to face when planning for explorations. Should this engine be proven to work, then future space explorations may no longer need to worry about fueling spacecraft. But definitely the mechanism described sounds too good to be true. Burns admitted that his work has not been peer reviewed yet, so there may be something wrong with his theories.

He isn't the first one to propose fuel-less engines. Back in the early 2000s, the EM engine was proposed by Roger Shawyer, claiming to convert microwaves into mechanical energy for moving forward. This project failed because it violates the Law of Conservation of Momentum, which is one of the fundamental laws of nature. Dresden University of Technology's Martin Tamjar told the New Scientist that the helical engine may suffer the same fate as the EM engine. Even Burns admits the engine's shortcomings, as he told the New Scientist, "I'm comfortable with throwing it out there. If someone says it doesn't work, I'll be the first to say it was worth a shot."