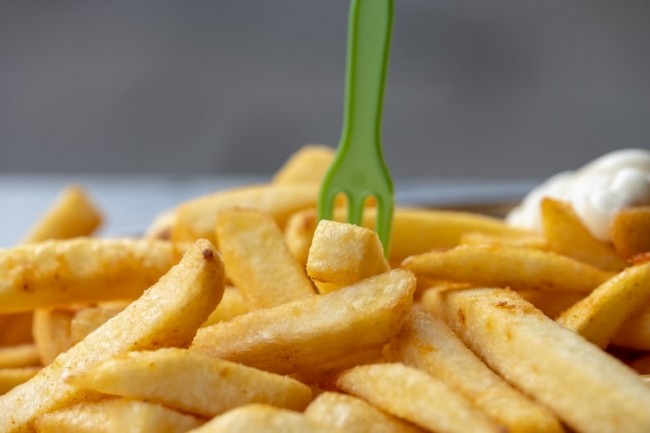 (Photo : Photo by Gilly on Unsplash)

Have you been overeating trans fats? It's time to watch your diet before it's too late. A new study, Neurology journal released recently indicates that around 50 to 75% higher risk of Alzheimer's disease or dementia comes to those who eat trans fats. If you're guilty because you have poor eating habits, it's time for a lifestyle change. This article will help you understand what trans fats are and what makes them a great contributor to the higher risk of Alzheimer's.

The said study shows that there are adverse cognitive/brain results, on top of the known cardiovascular effects, that are linked to diet with a high content of trans fats. This was according to neurologist Dr. Neelum T. Aggarwal, a member of the American Academy of Neurology and co-leader of the Rush Alzheimer's Disease center located in Chicago, but not involved in the study. Researchers of this project used 1600 respondents, both men, and women who had no dementia. They were followed for more than a decade. They went through a "blood test for trans fat levels." Their diets were analyzed, as well.

What are Trans Fats?

Mayo Clinic describes trans fat, "as considered by doctors to be the worst fat type a human being can eat." Opposite the other dietary fats, trans fats, also known as the trans-fatty acids, can both increase one's LDL or bad cholesterol and lower his HDL or good cholesterol. Some dairy products and meat contain small amounts of organically occurring trans fat. However, most of this kind of fat is formed through a process that's industrialized, adding hydrogen to the vegetable oil, which results in the oil becoming solid at room temperature.

This partly hydrogenated oil is less likely to spoil; therefore, the foods made with it are found to have a longer shelf life. This is also the reason many restaurants today use partly hydrogenated vegetable oil in their foods that need deep frying, as this does not need to be changed as frequently as the other types of oils. Indeed, the food industry loves trans fats so much because of their cost-efficiency to produce longer-lasting food without compromising the texture and taste.

Aside from fried foods, trans fats can also be found in cakes, crusts, coffee creamer, cookies, frozen pizza, and lots of other processed foods, among others. And, in relation to the Japanese study conducted, researchers discovered the sweet pastries as the strongest contributors to the higher levels of trans fats.

To prove that trans fats indeed contribute to increased risk of Alzheimer's, the researchers did not just show the adverse cognitive and brain outcomes that are related to diet with trans fat content. They also "adjusted for other factors that could impact the risk of dementia, like diabetes, smoking, and blood pressure." As part of the study's conclusion, it was unveiled that the participants who ate foods rich in trans fats were more possible to acquire Alzheimer's than those who consumed lower levels.

Relatively, during the study's follow-up, 377 participants "developed some dementia types." Higher levels of serum elaidic acid were remarkably linked to a higher risk of acquiring all-cause Alzheimer's Disease and dementia after making some adjustments for traditional risk factors. These links stayed remarkable after adjusting for some dietary factors, which include total intake of energy and consumption of polyunsaturated and saturated fatty acids.