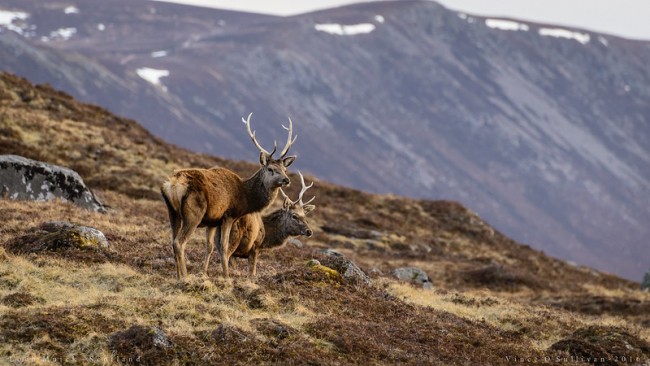 (Photo : Photo by Vince O'Sullivan on Foter.com / CC BY-NC) The Red Deer of Scotland developed the ability to give birth earlier as an adaptation to climate change.

Climate change has diverse effects on the environment, especially to the species of plants and animals that are adapted to the cold climate. This will now start a domino effect on the possible extinction of species which can largely affect our livelihood (and our lives in general) as humans.

However, there are certain species that are rapidly evolving to adapt to this changing climate. Such is the case with Red Deer inhabiting the Isle of Rum in the inner Hebrides on the western coast of Scotland. The study, which was published in PLOS Biology, explained that this species of deer had been recorded to be giving birth earlier than the scheduled time. This behavior within the species has been observed since the 1980s, and the Red Deer are giving birth at least three days earlier.

Climate change triggers drastic changes in the timing of reproduction, as recorded in certain species of plants and animals. The study spearheaded by researchers from the University of Edinburgh, University of St. Andrews, the University of Cambridge, and the Australian National University was a long one. Still, they were able to successfully obtain field records and genetic data that span over 45 years.

In this research, it is also shown that the female species of the Red Deer (technically called as hinds) that are giving birth earlier can have more offspring in their entire lifetime. The explanation lies in genetics. The genes that are responsible for the hinds to give birth early are the same genes responsible for increasing the reproductive success of the species, and this became a common adaptation over time.

Because of climate change and its effects on the present environmental conditions, changes can be observed in the distribution of phenotypic traits or the observable and measurable traits of an individual. Finding answers as to how these mechanisms are responsible for the changes has proven to be complicated. For this study, the researchers used quantitative genetic animal models for them to estimate the rate of evolution and to determine the contribution of phenotype plasticity and demographic process in the shift in the phenology of the population of the Red Deer.

The scientists behind this study concluded that the rapid change in birth dates among this particular species is brought on by a combination of the effects of direct changes in the physiology or behavior that is meant as a reaction to the changing climate and its effects on the population demographics.

The study is considered a breakthrough since it gets to observe evolution or natural selection at work. Genetic evolution was thought to be slow moving, and results are to be observed after a long period of time, but this study disproves that. The results were able to show that changes in the genes of an organism can be sufficiently fast.