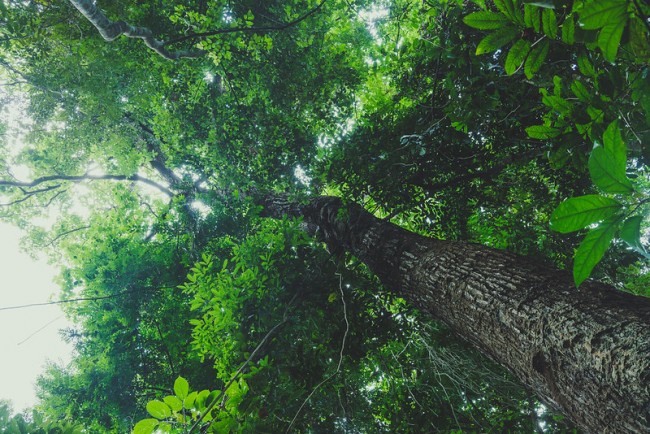 Despite the alarming effect of climate change in the Amazon, the rainforest continues to fight for survival. In fact, international researchers led by the University of Leeds found out for the first time that there are areas in the Amazon rainforest that are evolutionarily diverse and more productive.

DIVERSITY IS THE SECRET TO SURVIVAL

Researchers behind this study combined long-term data collated from 90 plots all over the rainforest system by the Amazon Forest Inventory Network and ForestPlots.net to track the lives and productivity of individual trees.

They combined these data to the data harvested through DNA sequencing and are able to identify evolutionary relationships of the species within and allowed the research team to investigate links between how different forests grow so fast and how diverse are they.

The study suggests that evolutionary diversity is an important consideration when identifying areas for conservation purposes. In the press release issued by the University of Leeds, Fernanda Coelho de Suoza of the School of Geography explains, "understanding how biodiversity affects productivity in tropical forests is important because it allows us to understand how conservation strategies can best be designed to maximize protection of species and the services that these ecosystems provide."

The 90 inventory plots used are set up in different types of forests in the Amazon: intact, lowland, and terra firm. This also used new phylogeny for the identification of species, including 526 angiosperm genera.

The study allowed the researchers to investigate the associations between evolutionary and taxonomic metrics of diversity and the two key measures of ecosystem function: above-ground wood productivity and biomass storage.

Although the taxonomic and phylogenetic diversity was relatively not important predictors of variation in biomass, it is vital in making independent predictions of wood productivity. Forests with a greater percentage of evolutionary diversity and a high population of rare species are proven to have a higher percentage in productivity.

Variables brought forth by the climate and soil conditions are the strongest predictor of forest productivity. Fernanda Coelho de Suoza explains that the results collated from this study show that the evolutionary diversity of tree species in diverse forest stands also influence productivity. "Our results indicate that we should include evolutionary history in conservation priorities—because ecosystem function may be higher in areas where species come from right across the tree of life,'" she said.