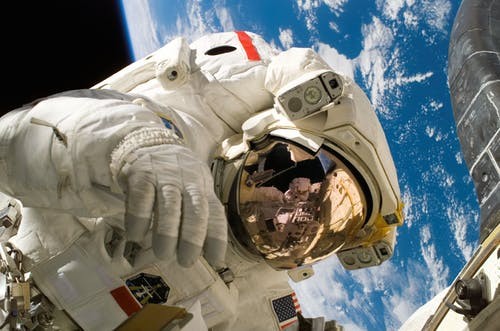 If you have any plans of going on a trip to space and staying at the "space hotel" then it may be possible as early as 2025.

Details about the space hotel

A private company called The Gateway Foundation is developing a space hotel, and they describe it as the first spaceport. This spaceport is called the Von Braun Rotating Space Station, and it is set to orbit Earth and will accommodate not only scientific research but also visiting tourists who are looking to experience life away from Earth.

Even though the timeline for the creation of such structure would be daunting, the Gateway Foundation plans to create the spaceport as early as 2025 with the support of the space construction company called Orbital Assembly.

According to the lead architect of this space station, Timothy Alatorre, who also works as the treasurer and an executive team member at the Gateway Foundation, the Von Braun station is made to be the largest human-made structure in space and will house up to 450 people. Alatorre is also making the interiors of the station, including the habitable gymnasium and spaces.

The concept of the station is inspired in part of the ideas of Wernher von Braun, who pioneered in the field of human spaceflight first for Nazi Germany and then for the United States. This design is inspired by his ideas of a rotating space station, which they got from other, older ideas.

Inspiration behind the space hotel

Gary Kitmacher, who works for NASA in the International Space Station program, said that he had inherited a lot of ideas from previous scientists and authors and theorists, as it was not entirely his idea for the torus-shaped, doughnut-shaped space station, but he adopted it. He expanded upon it, and he popularized it eventually.

Kitmacher also has worked on the design of the space station, NASA's shuttle program, Mir and Spacehab, and has contributed as an author in textbooks.

Alatorre stated that the inspiration behind the space station really comes from watching science fiction over the last 50 years and seeing how mankind has had this dream of starship culture. He added that this inspiration came from Star Trek and Star Wars and with this concept of large groups of people living in space and having their own commerce, their own industry, and their own culture.

The team drew inspiration from Von Braun's concept of a rotating space station that utilizes artificial gravity for the comfort of its passengers. But, while this new design will use artificial gravity in areas of the station, it will also have spaces onboard that will allow the passengers to feel the weightlessness of space.

The main goal for this station is to have it include amenities ranging from bars and restaurants to sports that would allow the passengers to take full advantage of weightlessness on board the station. The station will also have programs that include the arts with concerts on board.

The Gateway Foundation officials said that the station might not be entirely finished by 2025, but the group aims to create the station's main structure and basic functions by then.