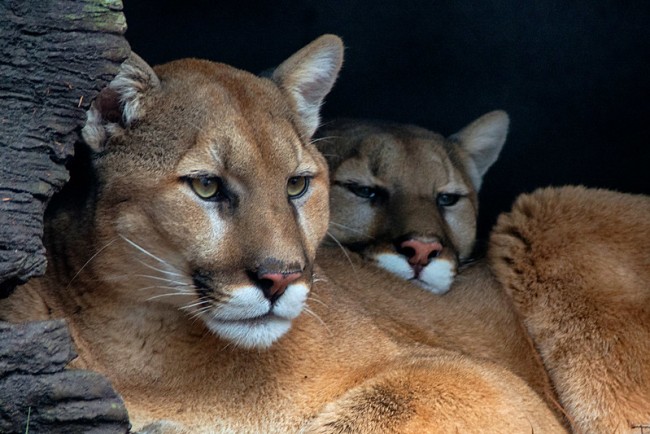 (Photo : Photo by ucumari photography on Foter.com / CC BY-NC-ND) Unwelling and mining operations are the top contributors to the ascend of mercury in coastal fogs which are then transported to species on top of the food chain.

A new study is published exposing the alarming rate of high-levels of mercury in mountain lions brought on by marine fog and its possible effects on top predators.

Marine fogs used to carry only cooler temperatures to coastal areas and their vicinity, but nowadays, researchers from the University of California Santa Cruz discovered the presence of an elevated amount of mercury among mountain lions.

This is alarming because it can have dangerous effects on terrestrial mammals like mountain lions in terms of reproduction success and survival. The study, which was published in Nature, indicated that the said neurotoxin is carried through the marine fog and deposited into the soil through precipitation. The mercury will then be transported to plants and then be eaten by its predators.

The researchers found out that the concentration of mercury in pumas residing in the Santa Cruz mountains is at least three times higher compared to pumas residing outside the area of the fog zone. Likewise, the same thing occurs in lichens and other species of plants and animals within the area. Mercury levels found in the pumas are discovered to be approaching its toxic threshold, and this can jeopardize the reproduction of the species.

According to Peter Weiss-Penzias, environmental toxicologist, a pioneering scientist in the study of coastal fog pollutants, and lead author of the study reveals that this is the first publication to trace the atmospheric source of the toxic methylmercury in the terrestrial food web. In a press statement, Weiss-Penzias explains, "Lichen doesn't have any roots so the presence of elevated methylmercury in lichen must come from the atmosphere." He also explains that the higher you go up in the food chain, the more concentrated the amount of mercury becomes.

Chris Wilmers, a professor of environmental studies, director or Puma Project, and the co-author of the study would like to emphasize that these increases in the concentration of mercury brought on by the coastal fog endanger top predators -- the same species of animals that are currently facing the threat of habitat loss. He explains, "These mercury levels might compound the impacts of trying to make it in an environment like the Santa Cruz Mountains, where there is already so much human influence, but we don't really know, levels will be higher 100 years from now, when the Earth's mercury budget is higher because of all the coal we're pumping into the atmosphere."

HOW DID MERCURY GET THERE?

Most often than not, human activities are the cause of all the troubles that the planet is facing, including the presence of mercury in coastal fogs. According to the study, mercury is released into the environment first by natural processes then will be brought back through precipitation. However, through mining and/or the establishment of coal-fired power plants, the mercury will be released again to the environment through upwelling. Atmospheric mercury will then be rained on the ocean, where anaerobic bacteria will turn it to methylmercury. This toxin will then be released back to the atmosphere through upwelling and will be carried by the coastal fog.

Exposure to high levels of methylmercury has been proven to cause neurological damages such as memory loss and the loss of coordination among the limbs. "Fog is a stabilizing medium for methylmercury," Weiss-Penzias explains. "Fog drifts inland and rains down in microdroplets, collecting on vegetation and dripping to the ground, where the slow process of bioaccumulation begins," he said.