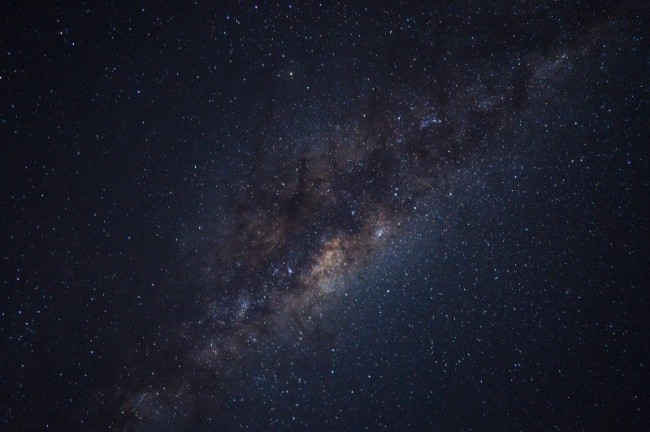 (Photo : Photo on Foter.com) Somewhere in the Milky Way lies a massive black hole that is not commonly seen in the galaxy.

Astronomers are shocked at their discovery this week as they found a stellar-mass black hole, around 70 times the mass of the Sun, in the Milky Way. According to the astronomers, the presence of a black hole with the gigantic size is impossible to occur in Milky Way.

HOW DID THIS MASSIVE BLACK HOLE FORM?

The life cycle of stars ends in a black hole. As seen in their chemical composition, these massive stars lose most of their mass through explosions and powerful stellar winds, and then it will collapse into a black hole. Black holes are basically high-gravity places in space where even light cannot get out and are basically invisible to the naked eye.

READ: Scientists May Have Figured Out the Origins of Solar Spicules

What usually happens before a black hole is created is that the old stars are expected to end their lives in a pair-instability supernova where its stellar core is completely wiped out. Following this fact, astronomers are baffled how the newly discovered black hole (which they named LB-1) became this massive.

In a press release issued by the Chinese Academy of Science, Professor Liu Jifeng of the National Astronomical Observatory of China explains, "black holes of such mass should not even exist in our galaxy, according to most of the current models of stellar evolution. LB-1 is twice as massive as what we thought possible. Now theorists will have to take up the challenge of explaining its formation."

To identify this black hole, astronomers used the radial velocity method. This method is also used in hunting for exoplanets wherein it follows the theory that a star is not completely stationary when it is orbited by a planet. When viewed from a distance, the minutest movement from these stars will affect its normal light spectrum or its color signature. Professor Liu and his colleagues were using the Large Sky Area Multi-Object Fiber Spectroscopic Telescope in China to search for stars that have exoplanets in them and chanced upon a main-sequence blue giant star.

However, the team only found the black hole after follow-up observations using the Gran Telescopio Canarias in Spain and the W.M. Keck Observatory in the United States. The team observed the star, which is about 35 million years old and is around eight times the mass of the Sun orbiting the black hole every 79 days. Unlike the other black holes of the same mass discovered previously, the binary star around LB-1 is still present.

Astronomers hypothesized that the LB-1 may have formed due to a collision of two black holes, and then the star was caught on later. However, the star's circular orbit proves that hypothesis otherwise. Astronomers said that if ever the star was caught by the black hole's gravitational pull, its orbit would be elliptical and may look a bit eccentric. Written in their study published in Nature, another possibility that the astronomers are welcoming is that it could be a fallback supernovae, where the materials ejected from a dying star is falling immediately back into it resulting in the direct formation of the black hole—which, according to the astronomers, is theoretically possible under certain conditions. However, the astronomers also clarified that there are no material evidence that the said conditions exist.

CAN A SUPERMASSIVE BLACK HOLE CONSUME A GALAXY?

There are questions as to what will happen to Earth if ever one of these black holes in the Milky Way becomes huge. Is there any chance that these black holes will devour the whole Milky Way, including the solar system? NASA says, no. According to the astronomers at NASA, the gravitational pull of these supermassive black holes may be large, but it is not enough to gobble up a whole galaxy.