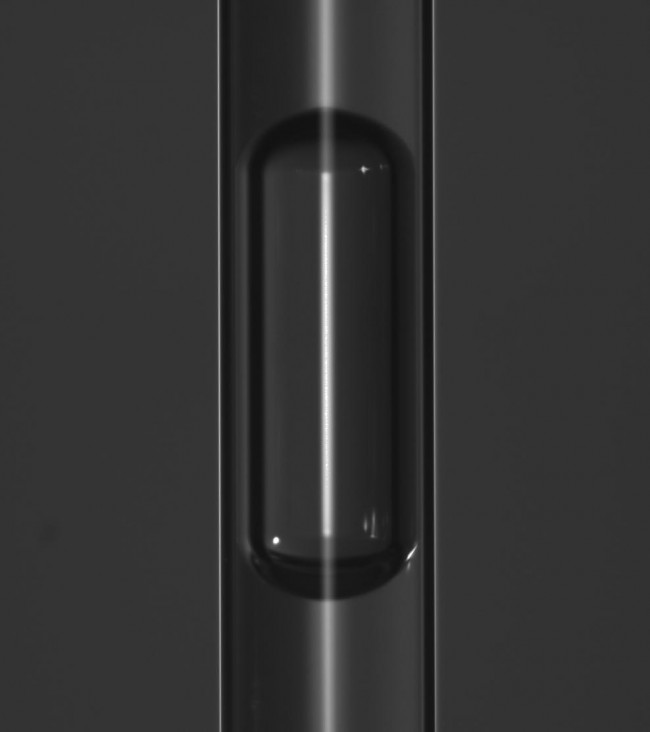 (Photo : EFPL Press Release) According to new research, the bubbles are not exactly stuck on tubes but are moving drastically slow because of the resistance caused by thin film liquid that surrounds the bubble.

Physicists have tried to solve the problem and seek possible explanations on why bubbles get stuck in a tube for one hundred years. Bubbles can float freely without obstacles up to the surface, as observed when one leaves a glass of water unattended for a few minutes.

This "enigma" leaves physicists so baffled that it was only back in the 1960s when a scientist named Bretherton attempted to develop a formula based on the shape of the bubble to explain the phenomenon. Fast forward to 2019, a student at the Engineering Mechanics of Soft Interfaces laboratory at the L'Epole Polytechnique Federale de Lausanne in Switzerland finally figured out the explanation to this problem.

WHY ARE THE BUBBLES GETTING STUCK ANYWAY?

In his findings, which were published in Physical Review Fluids, he describes that the bubbles were not actually stuck but still moving upwards, albeit, relatively slower. Together with John Kolinski, laboratory head for the EMSI, Dhaouadi used an optical interference method to be able to measure the film and found out that it's a few dozen nanometers thick. The methodology used by Dhaouadi was to shine a light inside a narrow tube to analyze the reflected light intensity. With this reflected light and the bubble's surface, the duo was able to measure the film's thickness precisely.

During the experiment, it was also discovered that the film changes shape if heat is applied and will eventually return to its original form once the source of heat is removed. In a press release issued by EPFL, John Kolinski explains, "this discovery disproves the most recent theories that the film would drain to zero thickness."

TOO SLOW TO CAPTURE

The measurements done by Dhaouadi and Kolinski prove that the bubbles are, indeed, moving, but it is just too slow for the naked eye to catch. Kolinski explains that this is due to the fact that the film of liquid is so thin it created a resistance to the flow, slowing down the bubbles drastically. Dhaouadi's findings are now considered to be used to study fluid mechanics on a nanometric scale, especially for biological systems.

This discovery is an excellent feat for Dhaouadi, who joined the lab as a summer research assistant during his undergraduate time and worked fervently and followed his instinct and worked on his own volition. According to Kolinski, "he essentially participated out of his interest in the research, and wound up publishing a paper from his work that brings to rest centuries-old puzzle."

According to Dhaouadi, when he joined the research, he was not sure if they were able to find an answer to the centuries-old puzzle. "I was happy to carry a research project early in my curriculum. It is a new way of thinking and learning and was quite different from a homework set where you know there is a solution. Dhaouadi is now taking his Master's degree at ETH Zurich.

READ: How Do High-Pressure Temperatures Work?