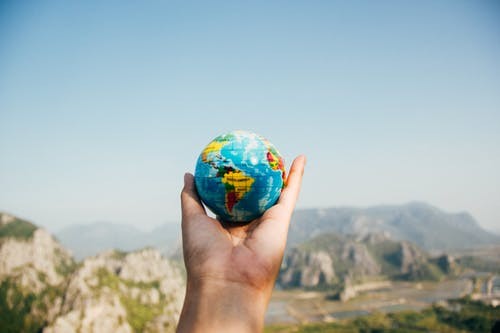 According to the World Meteorological Organization or WMO's latest Greenhouse Gas Bulletin, the levels of heat-trapping greenhouse gases in the atmosphere have reached another new record high.

The concentrations of nitrous oxide and methane also surged by higher amounts than during the past 10 years, according to the observations from the Global Atmosphere Watch network that includes stations in the mountain areas, tropical islands, and the remote Arctic.

Since 1990, there has been a 43% increase in total radiative forcing, which is the warming effect on the climate, by long-lived greenhouse gases. Carbon dioxide accounts for 80% of this, according to the data from the US Nation Oceanic and Atmospheric Administration quoted in the WMO Bulletin.

According to Petteri Taalas, the WMO Secretary-General, there is no sign of a slowdown in the greenhouse gas concentration in the atmosphere, let alone a decline, despite all the commitments under the Paris Agreement on Climate Change. We need to translate the commitments into action and increase the level of ambition for the sake of the future welfare of mankind.

Taalas also said that it is worth recalling that the last time the Earth experienced a comparable concentration of carbon dioxide was three to five million years ago.

The Bulletin includes a focus on how isotopes confirm the main role of fossil fuel combustion in the increase of carbon dioxide in the atmosphere.

The main long-lived greenhouse gas in the atmosphere that is related to human activities is carbon dioxide. Its concentration reached new highs in 2018 of 407.8 ppm, or 147% of pre-industrial levels in 1750.

The second most important long-lived greenhouse gas is Methane or CH4. It contributes about 17% of radiative forcing. Around 40% of methane is emitted into the atmosphere by natural sources such as termites and wetlands, and about 60% comes from human activities like rice agriculture, cattle breeding, fossil fuel exploitation, biomass burning, and landfills.

A new UNEP or UN Environment Programme report released last week warns that unless global greenhouse gas emissions fall by 7.6% each year between 2020 and 2030, the world will miss the opportunity to get on track towards the 1.5°C temperature goal of the Paris Agreement.

ALSO READ: The World's Top Emitters of Greenhouse Gases May Not Achieve Their Pledge to the Paris Agreement