Boeing Launches CST-100 Starliner But Is Not Quite Successful 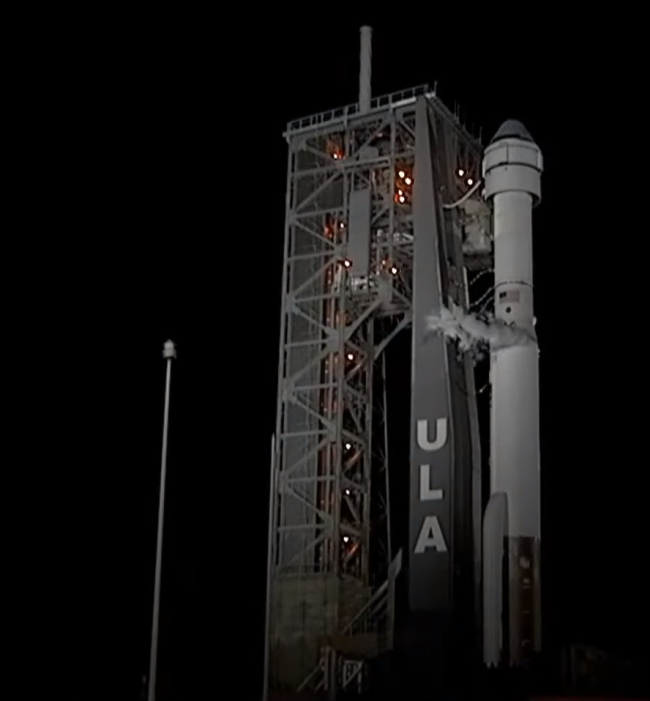 (Photo : Launch of Boeing CST-100 Crew Capsule on Unmanned Test Flight via YouTube) Everything was set for the launching of the CST-100 Starliner.

American company Boeing is launching its newest passenger spacecraft, the CST-100 Starliner, to the International Space Station on top of the Atlas V rocket. This test launch will have no crew because Boeing is testing its safety capacity to deliver astronauts in the future.

Boeing designed the CST-100 Starliner to dock at the ISS a day after its launch (a vital maneuver in delivering future crews to the space station) and spend a week attached to it. By then, the company will have to see if the Starliner will be able to survive the descent in the atmosphere and successfully land with the help of a series of parachutes and airbags.

The take-off for the CST-100 Starliner aboard the Atlas V is scheduled ay 6:30 in the morning Eastern Time from Cape Canaveral in Florida. According to Boeing, it will only take at least 15 minutes to deploy the Starliner. The company designed the Atlas V to deploy the Starliner on a suborbital path in cases of emergency that will require the flight to be aborted and safely transport its future crew easily back to Earth.

NASA will be hosting live coverage for the launch of the CST-100 Starliner, which will begin at 5:30 in the morning. Everyone is expecting the launch to go smoothly since the weather looks fine and an overall 80 percent chance that all conditions will be favorable. Boeing established back up launch dates if ever the weather becomes gloomy.

Unfortunately, the CST-100 Starliner suffered an anomaly during its launch to the International Space Station as it failed to reach the correct orbit. NASA administrator Jim Bridenstine tweeted ninety minutes after the liftoff that the Starliner will no longer reach the space station after it burned all of its fuel in the anomaly. Bridenstine also clarified that even though the Starliner did not reach its target, this is still a successful launch. In a press conference, Bridenstine explained, "today, a lot of things went right. This is why we test. If we would have had a crew there, number one, they would have been safe."

It was announced that the Starliner will stay in orbit for another two days in order for Boeing's engineers to figure out what went wrong. According to initial reports, the anomaly started 30 minutes after the launch of the Atlas V rocket. The rocket did its job correctly as programmed and was able to launch the Starliner in the designated altitude, but the engines responsible for Starliner's further lift towards the International Space Station did not work correctly and did not match the intervals of its scheduled engine ignition.

The reports stated that this was all because of the Starliner is working on an inaccurate timescale. The main engines failed to ignite at the scheduled time, but luckily, the smaller engines were able to, and this kept the Starliner in orbit, but the fuel was no longer enough to reach the International Space Station.

Aside from engine malfunction, the Starliner encountered difficulties in communication, too. When engineers tried to contact the spacecraft to restart the process, the Starliner reached a dead zone or a place without satellites. It was already late when the engineers reestablished a connection with the spacecraft.

This setback affects the scheduled NASA missions that will be done in collaboration with Boeing's Starliner spacecraft. If this launch was successful, the first manned mission of the Starliner would have commenced by 2020.