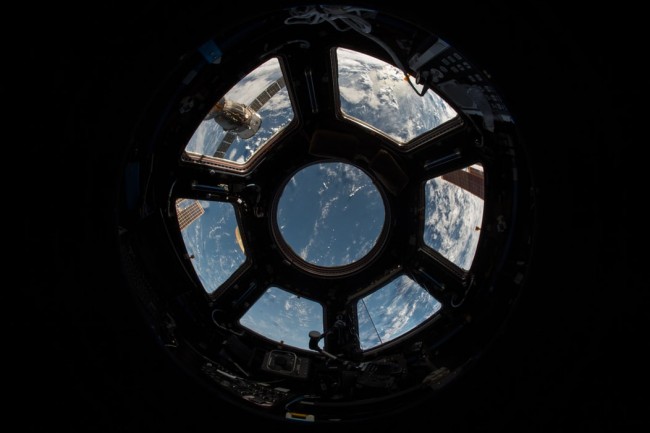 (Photo : Photo by NASA on Unsplash) NASA attributes its success from partnering with private companies.

The National Aeronautics and Space Administration suffered tremendous budget cuts ever since Donald Trump swore to office in 2016, and to cope up with the losses and raise funding for space missions, NASA teams up with private businesses.

Now companies are very eager to conduct business in space, and they welcomed NASA's decision to open the International Space Station to private astronauts beginning 2020 with open arms. Aside from allowing private astronauts for a short amount of time on the ISS, NASA also allows companies to develop and bid new activities on the space station -- this will enable the commercial manufacturing and production in space.

Of course, the tie-ups with private companies does not come with no strings attached. But NASA is optimistic about the partnership. In an interview with CNBC, NASA CFO Jeff DeWit says, "how you drive that us based in what we're doing now, which is trying to prove the concepts and get the commercial sector involved. The only outcome for this is positive, not only for NASA but for the space economy for private companies". DeWit also points out that the satellite segment of the industry is the perfect example of shifting ownership and operations from government-owned to commercially-owned can trigger innovations for telecommunications. "The early satellites were all government-owned, and they were limited in their scope and very expensive. When satellites really took off is when the commercial sector came in and figured out these uses that the government would never have figured out, and they put their own satellites up there. The cost came down a lot, and the uses went up a lot."

An article was written in Vox asking this same question. The report historicized the partnership of government agencies like NASA and the private corporation ever since its earliest days. Probably the earliest private-owned object in space is the communications satellite called Telstar 1, which was launched in 1962 with the help of a rocket owned by NASA.

NASA was the only institution allowed to launch materials and satellites in space for decades as dictated by a government policy of the United States. However, in 1984, as a part of the government's deregulation, the US Congress agrees to a law that allows private institutions to conduct their own launches. By 1990, the government signed a law that orders the space agency to pay private companies as an incentive to launch their payloads. The upside to this is that the act led to the emergence and development of a billion-dollar industry.

The privatization did not stop at satellites. Recently, NASA contracted space companies to transport astronauts in space. It started when space shuttles were retiring from operations one-by-one in 2010, and there is no available spacecraft to transport astronauts to the International Space Station. By then, former US president Barack Obama encouraged NASA to develop a program that will give out grants to the private sector and develop spacecraft for the agency. During the time when locally-made spacecraft were absent, the United States depended heavily on Russia's spacecraft.

RELATED: Soyuz Spacecraft in Development to Transport Astronauts to the International Space Station

As of recent times, the most common usage of spaceflight for the private sector is to install satellites for military, scientific, and telecommunication purposes. The partnership between Lockheed Martin and Boeing, established in 2006, called the United Launch Alliance, is the largest private-owned company working with the space agency. It is responsible for conducting the majority of American military launches and is paid by the government $225 million each.

SpaceX is another company emerging in the space business scene. The company was started in 2002 with the goal of making space travel inexpensive by recreating reusable rockets and other components. It is also the first private company to be able to deliver cargo for the International Space Station.