Surviving Blizzard 2019: What to do When you are Outside 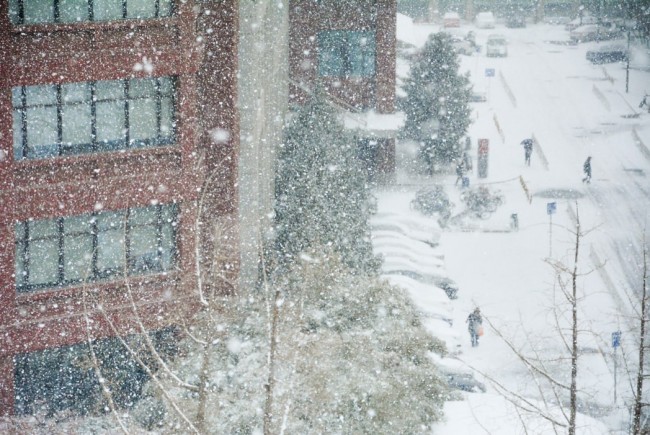 (Photo : Photo by Xu haojie on Unsplash) During blizzards, it is a common occurrence to have zero visibility in the area.

Snowstorms are common during the winter, and while these are mostly harmless, people tend to look out for when it becomes a blizzard. Blizzards are known to originate in North America. Unlike typical snowstorms, destructive blizzard tends to have a wind speed of 30 miles per hour (ca. 48 km/h) or more and having an extensive snow cover that can eventually reduce visibility. Of course, blizzards are dangerous, and experts usually advise people to stay inside the house when this occurs, but sometimes, we can't help but get stuck outside, especially this Christmas season.

In case you find yourself facing a blizzard in the middle of visiting people for Christmas dinner, here are some tips on surviving this ridiculous snowstorm.

First and foremost, it is important to note that whatever you do, wherever you are, an emergency kit should always be present in your bag, in your car, and in your house to be safe from further complications in times of emergency.

WHAT TO DO WHEN STUCK INSIDE THE CAR DURING BLIZZARD?

According to the United States Air Force staff sergeant Charles Dornford, a winter survival kit inside the car is crucial. He explains, "it should be tailored to the environment yo find yourself in. if you live or are working in an area with cold temperature and a lot of snow, you should have a good sleeping bag, extra warm clothes, food, and water." He also said that if there is no water available, metal containers should be present along with a warmer or something that can melt the snow. Aside from these, it is also important to have candles, matches, the correct winter outfit, a flashlight, and signal light.

When these things secured, there will be no worries in getting stuck outside in the middle of a blizzard. But it is not yet time to relax. First, we have to ensure that the exterior exhaust of the car is not smothered by snow, or else it will result in carbon monoxide buildup inside the car. Make sure that the car is turned off and turn it on every once in a while to get it heated up. It is also best to continue checking on the tailpipe each time the engine is turned on.

To prevent feeling cold -- or worse suffer from hypothermia -- it is highly recommended doing some exercise: a set of push-ups, crunches, or flutter kicks every once in a while may help the body in regulating heat. It is also important to stay hydrated, that is why water should be a part of the emergency kit because the more hydrated the body becomes, the more it will regulate heat.

In cases of zero visibility, it is also highly recommended staying seated and keep the seatbelt on and make sure to turn on the blinkers and hazard lights as well to avoid being hit by other cars.