Engineers, Scientists May Have Found the Secret to Contain the Power of a Star in Tokamaks 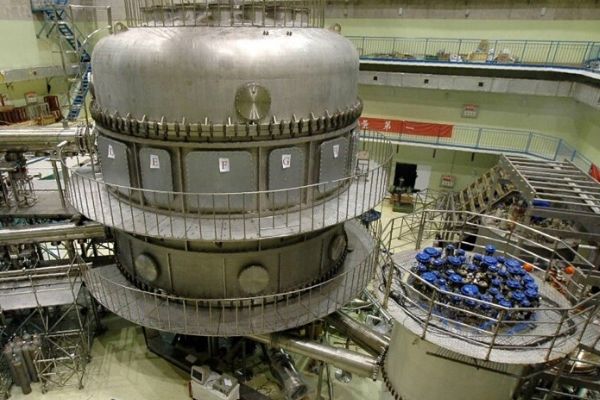 (Photo : www.iter.org)
Research by scientists and engineers might have panned out, using boron to contain super-heated plasma. In the future, tokamaks will be made to contain the power of a star and power civilization for a long time.

One of the challenges of engineers and scientists is getting to a frenzy of producing clean power, as opposed to the current process regarding how energy is produced today. One device that is used is the Tokamaks, essentially a huge magnet driving particles in a ring. This ring then drives particles in the plasma field, and it creates a reaction from the rotation.

Solving the problems of keeping the fusion reactions from unwanted elements is the goal to achieve. By achieving a controlled reaction inside the Tokamak, it will power everything with cleaner and renewable energy. This means that there won't be any carbon dioxide and other greenhouse gases used that will pollute the earth. The use of nuclear energy will be replaced by this limitless energy that is similar to those derived from fusion like what happens in stars.

The Tokamak works like a small container for fusion much like mini-star, creating pure energy by colliding electrons and sub-atomic particles. Plasma or energy in a charged gas medium gives off immense light, which produced heat. This is similar to nuclear fusion, but uses a cleaner and non-radioactive source. Using a tokamak will power everything for maybe a thousand year, and this energy will replace everything there is and become zero energy with zero-carbon footprint.

Exotic energy is not an easy fix, especially when dealing with nuclear fusion as noted by physicists. Just like cooking, they added Boron power into the plasma chamber, to see the results. The use of boron powder had surprising results that kept tungsten from combining with the energized plasma gas. One disadvantage of leached tungsten is that it lessens the temperature, keeping the plasma heated is the key to produce heat. The heat produced will be hotter than the sun's surface, creating immense heat that keeps fusion going inside the plasma gas.

Read: Clean Energy Transition Can Save The World Millions

Boron powder is better than Diborane which is a bit dangerous, because it can explode. Another thing is that it is toxic for the scientists and engineers working the tokamak. The advantages of using boron is it is less intrusive and it minimizes the threat of explosions. All one had to do is drop some boron powder inside the chamber like adding salt while cooking. Tokamaks can still be running, when adding the boron inside the chamber without side effects. The last thing anyone one working with a tokamak wants is to suffer from any mutative side effect, but there had been none so far.

Utilizing boron powder to cover the tokamak's inner chamber is how it enervates nitrogen gas into a plasma gas easily. By increasing heat with boronization keeps the heated plasma trapped in the magnetic field. Another use is to make less dense plasma inside the reactor by using boron, that limits instabilities in the plasma state. All these conditions are possible just by using this element.

These are the possible keys for these conditions, so scientists and engineers can create tokamaks which will power everything. Underlined by physicists is the quest to cook up ways to engineer better tokamaks, that uses more than boron to create power from star fusion.