HIV Vaccine Could Be Available in 2021, Expert Says 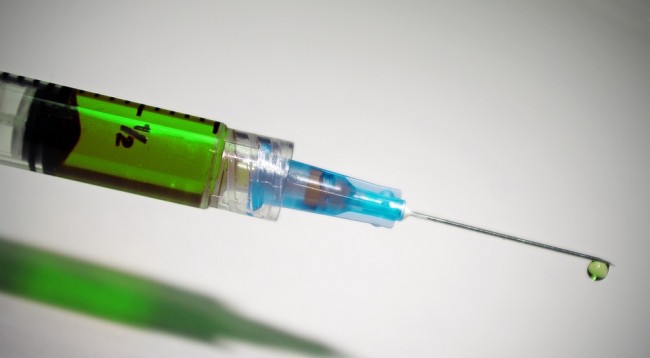 Experts are optimistic about the trials for an HIV vaccine as it is possible that it is an effective one and could be available as early as 2021.

Dr. Susan Buchbinder is an expert chairing two of the three vaccine trials named Mosaico and Imbokodo. A third trial, named HVTN 702, is also going to be added during its final stages.

Buchbinder said that they have three vaccines currently being tested in efficacy trials and it takes time for it to be promising enough in the earlier stages to move forward into an efficacy study. She also said that this was perhaps one of the most optimistic moments that they have been in for research on HIV vaccines.

The third trial, HVTN 702, is the oldest ongoing HIV vaccine trial, and it targets a specific strain of HIV usually found in Southern Africa. HVTN 702 was based on the vaccine called RV144, In 2009, the vaccine managed to reduce the rate of HIV infections by 30%. Even though that was not enough for it to be considered successful, it is the only vaccine, to date, that has any effect on the virus. The clinical results for HVTN 702 are expected in late 2020 or early 2021.

Mosaico and Imbokodo use mosaic immunogens which means that they could target a range of HIV strains. They are almost identical but with different formulations. Imbokodo completed enrollment of 2,600 women in five southern African countries, they took part in the trial. Mosaico plans to enroll 3,800 gay men and trans-people for trails in America, Latin America, and Europe.

However, she added that if an effective vaccine was ever found, it could be a stepping off point to simplify the overall process. Research this year showed that 40% of those surveyed think there is a cure for HIV. The survey also showed that one in five people think that HIV/AIDS was a disease of the 1990s and it is no longer an issue.

Also, 25% of people do not know that the virus is a sexually transmitted infection or STI and while 73% learned about STIs at school, around 8% learned about HIV.

HIV is a virus that causes AIDS and it is one of the world's most serious health and development challenges. Around 37.9 million people around the world are living with HIV and tens of millions of people have died of AIDS-related causes since the beginning of the epidemic.

A lot of people living with HIV or at risk for HIV infection do not have any access to treatment, care, and prevention, and there is still no known cure. In recent years, major global efforts have been mounted to address this epidemic, and despite the challenges, significant progress has been made.

The global community has agreed to aim to end the epidemic by 2030, and under the UNAIDS 90-90-90 targets, multiple countries work toward achieving this goal by 2020.