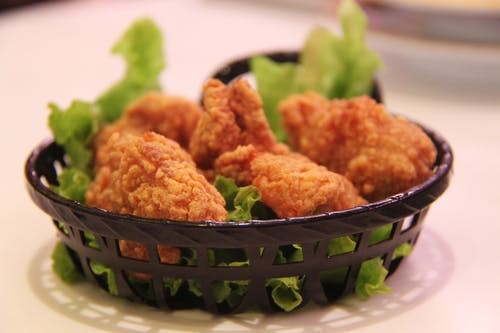 A new research that was published in The BMJ states that eating fried chicken regularly could increase the risk of early death. The study found that eating fried food was connected to a heightened risk of death in postmenopausal women.

How fried chicken can cause early death

The researchers of the study used questionnaire data to assess the diets of around 106,966 women aged 50 to 70 who were followed for 18 years up to February 2017. They checked at how often they ate different fried foods like fish, chicken, french fries, shellfish, tacos, and tortilla chips. Over that period, around 31,588 women died. Heart issues caused 8,358 of those deaths.

According to Bao, the study is the first of its kind, but previous research has shown a link between eating fried food and an increased risk of heart disease and diabetes. Overall, after accounting for lifestyle, education level, diet quality, and income, the results showed that regularly eating fried food was connected to an increased risk of death. Those who ate one or more serving of fried food every day had an 8% higher risk than those who do not eat fried foods daily.

As an observational study, the results can't necessarily be applied to everyone, but Bao stated that the team did not have any reason to think that the effects would differ by gender or age. He said that he would suspect the association may be similar among younger women and even among men.

There are other limitations of the study and other factors that could play a role in premature deaths. For example, the kind of oil that is used for frying, as some are worse for you than the others. A study conducted in Spain did not find any links between fried food and early deaths because the population used olive oil.

The researchers of the study wrote that they have identified a risk factor for cardiovascular mortality that is readily modifiable by lifestyle. They added that reducing the consumption of fried foods, especially fried chicken, fried fish, and fried shellfish, may have a clinically meaningful impact across the public health spectrum.