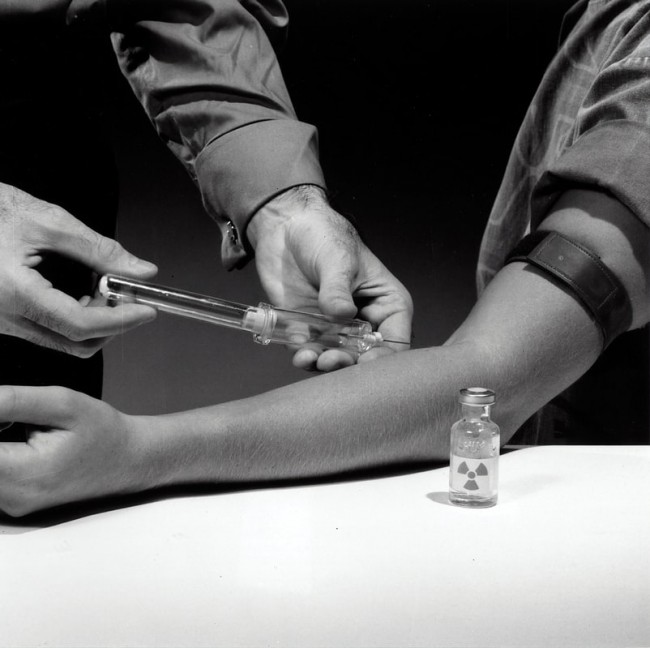 (Photo : Photo by Science in HD on Unsplash) To cure DVT, doctors here on Earth required the astronaut to take Enoxaparin.

Earlier this week, news of an unidentified astronaut suffering from a blood clot in the jugular vein on the neck or also known as deep vein thrombosis (DVT) while aboard the International Space Station circulated and it has become a new case study for doctors here on Earth. According to reports, the astronaut (whose identity is hidden for privacy reasons) was aboard the ISS for two months when the DVT was found out.

This is surprising news since this is the first time that an astronaut was reported to have a blood clot while in space and NASA currently has no particular methods established in treating this specific condition in a zero-gravity environment. Luckily, doctors here on Earth were able to remedy the situation in time.

NASA brought in blood clot expert Stephan Moll, M.D., a professor of medicine at the School of Medicine of the University of North Carolina in Chapel Hill. According to the statement of the university, Dr. Moll was the only non-resident physician of NASA which the agency consulted for this situation. Together with the team of doctors from the agency, they have decided the use blood thinners would be the best treatment for the astronaut because the ISS is limited in terms of medication supply.

It was fortunate that when the astronaut's DVT was discovered there are an abundance of supply in Enoxaparin, a type of blood thinner. Dr. Moll was able to help NASA to determine how to ration the ISS's Enoxaparin stock in order for the DVT to be effectively treated while making sure that the supply will last until the next shipment of the medication aboard the next cargo mission.

HOW DID THE DOCTORS TREAT THE BLOOD CLOT?

Enoxaparin is a type of drug which is injected into the skin and in order for the astronaut who suffered from DVT to be completely healed, the medicine was injected into their system for 40 days. On the 43rd day of medication, a supply of Apixaban arrived on the space station aboard an unspecified cargo spacecraft. The process of treating DVT in the astronaut lasted for 90 days and the astronaut closely monitored the clot through ultrasounds on their neck with the guidance of a radiology team stationed on the ground. Dr. Moll also continued his communication with the patient through email and phone calls.

The astronaut was able to complete the six-month mission on the ISS and landed safely on Earth and fortunately, the blood clot no longer required further treatment.

The astronaut found out about the DVT while doing an ultrasound of their neck for a research study regarding the redistribution of body fluids in zero-gravity environments. According to the reports, the astronaut was not feeling any particular symptom of the DVT. Moll encouraged everyone to do more research regarding blood clots and how blood behaves in space. He wants to know if these events are more common in space than here on Earth. Moll asks, "How do you minimize risks for DVT? Should there be more medications for it kept on the ISS?" He explains that answers to these questions will help astronauts, especially if they will embark on longer missions to the Moon and to Mars. The findings from this case study were published in the New England Journal of Medicine.