If Your Face Turns Red After Drinking Alcohol, Stop Immediately 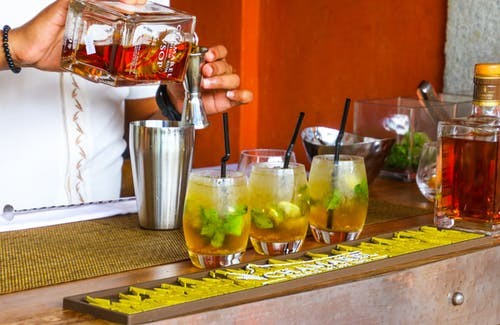 Some people develop a distinctive facial flush after consuming alcohol when their face turns slightly red or very red. But why does this happen?

This side effect of drinking alcohol is more common in people who have East Asian descent. Even though it does not cause immediate health issues, it may signal an increased risk of some serious health problems like high blood pressure and even certain types of cancer.

Why does your face turn red?

Facial flushing after drinking alcohol is a sign of high alcohol sensitivity. This means that your body is less tolerant of alcohol. All alcoholic drinks, including wine, beer, and liquors, contain a substance called ethanol. After drinking, the body begins to break down the ethanol into other substances or metabolites, to make it easier to flush out of the body. One of the metabolites, acetaldehyde, is very toxic to the body.

When drinking in moderation, the body can process the metabolites well. But if a person is sensitive to alcohol or has a lot to drink, their body may not be able to manage all the toxins, and acetaldehyde can begin to build up in the body.

The red facial flush usually happens because the blood vessels in the face of the person dilate in response to the toxins. In some people, this can happen even after consuming a bit of alcohol. A buildup of acetaldehyde can also cause rapid heartbeat and nausea. These symptoms may make drinking alcohol an unpleasant experience, thus leading people to drink less.

Red flush itself is not dangerous, but people who get it are at high risk of high blood pressure and other health issues. A 2013 study of Korean men looked at the differences in the blood pressure of those who did and did not experience facial flushing when they consume alcohol.

After taking factors like weight, age, smoking habits, and exercise routine into account, the researchers found out that men who flushed after drinking alcohol had a very high risk of high blood pressure when they drank four or more drinks ever week. In contrast, men who did not flush after consuming alcohol did not see an increased risk of high blood pressure until they drank eight or more drinks every week.

Studies have also linked drinking alcohol with certain types of cancer. Some researchers believe that this increased cancer risk could be because of the rise in acetaldehyde levels in the body. High levels of acetaldehyde can attack the DNA in the cells of the body, which can eventually trigger the growth of cancer cells.

A study in 2017 showed that researchers looked at the link between facial flushing and cancer in people in East Asia. Men with facial flushing had a higher risk of cancer, particularly cancer of the throat, which is also called esophageal cancer. The researchers did not find the same link with women.

Whether a person's face goes red after consuming alcohol seems linked to their genetic makeup. A liver enzyme called aldehyde dehydrogenase 2 or ALDH2 breaks acetaldehyde down into less toxic substances. Some people have a genetic condition that means that they do not make this enzyme.

Because of this, acetaldehyde builds up in the body after alcohol consumption, which causes the characteristic red flushing of the face after drinking. Even though anyone can lack this gene, it is more common for people from East Asia not to have it.

Can you prevent a flushed face after drinking?

Unfortunately, you can't change the genes or enzyme deficiency. The only way to prevent this red flush and the connected risk for high blood pressure is to avoid alcohol or at least limit the intake of it. Some people use over the counter antihistamines to reduce the discoloration. However, this is not advised by experts.

Even though some people may find the flushed skin embarrassing, it is a sign that the body is accumulating toxic levels of acetaldehyde and that it is time to slow down and to drink water.

It is very important to know that even people who do not get this kind of reaction when drinking alcohol are still at risk of the health issues of alcohol use, including high blood pressure, cancer, liver disease, and even stomach problems.