If the Milky Way Is a Galactic Gateway, Then It Links All Galaxies Together, Or Does It? 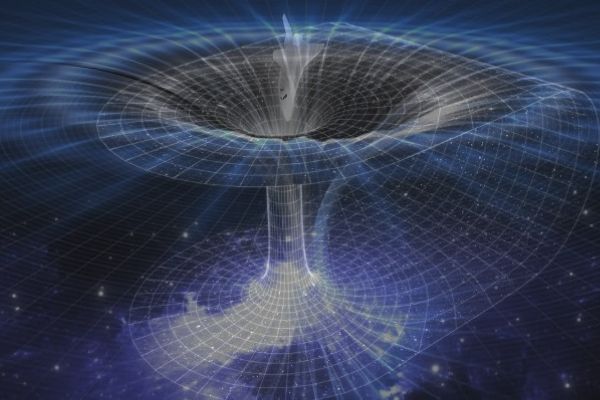 (Photo: img.theepochtimes.com/)
The Milky Way might be one big wormhole that crisscrosses into other galaxies like an invisible superhighway to the stars. If this is verified then everything changes and Einstein-Penrose bridges in space do exist.

What is the implication if the Milky Way is actually a stable wormhole and a galactic highway to star systems? By definition, a wormhole is a space-time tunnel that burrows into space-time and forms a tunnel from one end to the other. These wormholes are localized in the area of the greatest gravity, like near the event horizons of a black hole. It seems that the formation of wormholes if the Milky Way is one should be something that defied the standard model of the universe.

This hypothesis is published in the "Annals of Physics", and collaboration between brain trusts like a group of Indian, Italian and North American scientists who are after the nature of dark matter. For them, the study of dark matter is a big deal that can change everything if finally solved. It really matters if wormholes do really exist and dark matter that will solve some enigmas of the present universe.

What really makes the study of wormholes very enticing is that if the theory proves correct, then traveling lightyears to distant star systems will be less. These secret galactic shortcuts are the holes in swiss-chess, instead of traveling a long distance it is significantly shorter.  By some mystery, the wormhole shortens the distance to a distant stellar location by condensing the space inside the time-space anomaly.

By connecting the know clusters of predominant dark matter and updates on the big bang model, the formation of these wormholes is old, like the universe itself. Now, double up on the cooling down and settling of the primary forces like gravitation begins something more. Dark matter forms and the structure of the universe is now laid down. All the while, just like Swiss-cheese, there will be holes forming to see the other side. Which is also theorized to be formed by weird quantum entanglement that is under study by scientists.

With everything happening to the formation and cooling of dark matter, there will be these "highways" or "alleys" in the fabric of time and space that becomes permanent. Perhaps if these galactic pathways are passable and better yet to map everything. Access to the known and unknown galaxies will be possible, even dimensions of unknown time and space.

If the milky way is the central hub of the galactic highway, and the Milky Way is really one "BIG" wormhole. It will be significant because the solar system is located in the same place. Forces that hold the milky way wormhole will need to be studied, why it exists as well or what happens if.

These wormhole or Einstein-Penrose bridges are interesting but need more verified science and data to solve this galactic mystery. More implication is expected if the milky way is really a galactic gateway too. Is it only one gateway, or is it another one layered over another? But, for scientists, wormholes are another enigma that needs a solution. If the universe is full of them, just waiting for the first human voyager to enter to get to the other side.

Related Article: Milky Way Could Be a "Galactic Transport System"