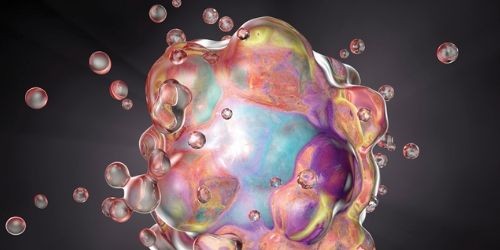 (Photo : cdn.the-scientist.com) One way to correct a cell that has undergone a mutation is by using RNA to transport proteins to cure ailing mitochondrion. This gene treatment has the promise to cure the most deadly diseases that are caused by mutations that harm it. If this cure is perfected then it will benefit everyone.

Mitochondria is the powerhouse of cells that fuels its functions, but sometimes there is a failure in this part of the cell which has deathly results. These specialists at the UCLA stem cell center and several departments have committed a study to unravel the mechanisms why it happens to the host cell. Clues to the working of the how and why of the mitochondrial disease will shed light on possible cures for it.

One of the causes of metabolic defects, aging, and especially neuromuscular diseases that are caused by mutations in the chromosomes and human mitochondria malfunctions. When this happens to the cell, it will be a slow march to death for the sufferer. Despite most advancements in medical technology, there is no cure to repair cellular deficiency. Finding a cure for it is committing experts like Dr. Michael Teitell, who is working along with others to find out ways to prevent it.

The tally of those afflicted with mitochondrial disease in the US is 1,000 to 4,000 alone per year. Other data indicates it will go full-blown by ten years old, these grim statistics are from the Mito Action Non-profit organization. They stress the need to commit more resources to seek more definitive cures for mitochondrial disease and other deadly diseases.

Stressing the discovery of using RNA as a possible corrector of bad genes, should give hope to a cure for this malady. Despite the use of RNA as a magic bullet, there is a need to complete the process to make the remedy viable. Human testing is not an alternative yet, with mitochondrial disease so other options are on the table. One is using test animals and later if proven successful, will be approve testing on human subjects.

The basis for the procedure is using a protein that is very essential for cellular processes. Teitel and Carla Koehler engineered the process, which will send more RNA molecules in the failing mitochondrion. As the RNA normalizes the mitochondrion, cellular processes are reawakened to cure the host cells. Properties of the RNA are made to repair the mitochondria, which will begin duplication of the right proteins in it. A drawback to knowing this is, more studies are needed to precisely target the cellular machinery.

For now, the study will derive a kind of gene therapy for restoring mitochondria to normal, lessening the chances of mutations to bog it down. Another benefit is more treatment to correct these cells based problems. As a first step, the insights gained from the study will make a big contribution to current knowledge.

Targeted RNA as the delivery system to send the regenerative proteins to fix, badly functioning mitochondrion has a good chance of treating similar diseases. Another specialist (Geng Wang) reaffirmed the process, with a similar way to deliver RNA molecules. When inserted inside the hosts' nucleus to unpack its cargo to do its work. These similar methods address what failures happen when genes mutate and multiply the wrong cell proteins.

Further refinement of the RNA delivery vehicle will give a chance for sufferers to be cured. Corrections to a mutation in human mitochondrion will allow fewer problems connected to it. If there is a magic bullet, then it might just pan out.