Supernovae: Cradles of Creation and Harbingers of Destruction in the Known Universe

Stars are like living beings that are made of star stuff, one of the longest-lived galactic structures and the source of light in the dark universe. A star dies in several ways, its corpse becomes something else. Should it be a massive star it will become a black hole, or becomes a super-dense white dwarf with super-gravity, or binary companion sucking matter from its companion star, when it reaches the threshold. At this point, the mass will go quietly but with a loud bang, called a supernova.

Supernovae explode with fury and are responsible for creation and destruction, in its intergalactic wake. It has a dual side as a harbinger of destruction as well. Here are some facts that will give insight into what supernovae are.

first records are 2000 years old and recorded in history
In185 AD in China the evidence is recorded in the Book of Later Han. It lasted eight months and called a guest star. In the 1960s, another supernova was found 8000-light years away, it was SN 185. One of the most ancient spotted by astronomers on earth.

All living things and matter in the universe came from it
Supernovae explosion release elements that make matter, and life everywhere in the cosmos. Elements like carbon, oxygen, and other elements that created life came from dying stars.

Neutrinos are born from supernova factories when exploding stars will release a flurry of neutrinos, which absorb 99% of the force of a supernova big bang. Neutrinos are a beacon to detect all supernovae's erupting all over the cosmos.

One of the most gargantuan particle accelerators
The force of a supernova surge will bounce particles off galactic plasma and accelerate them into a magnetized zone. They become energized and move at the speed of light and collide with objects in space.

Supernovas are highly radioactive
Beside life-giving elements and neutrinos, the explosion will make radioactive substances. In space, these are signs of gamma rays that are visible in the background.

Any supernovae blast can kill and cause a mass extinction
Nearby supernova will radiate energies and radioactivity that destroys a planet's atmosphere's protective ozone. Anything on the surface will cook to a crisp, like planetary microwave cookout.

Supernovae light is a time machine
Supernovae's travel through time even thousands of years after it exploded. This is the light seen in the backdrop of the universe. Astronomers see the cosmic light from other times older than the earth itself.

Used to find dark energy in the cosmos
Redshift accounts for how long in time, light has been traveling and how fast the galaxies are moving away. This is supposed to be proof of archaic dark energy from the big bang. Many supernovas are lighthouses to see how far the galaxies are.

Supernovae are exploding at 10 per second
Each explosion will add to the matter that is needed to create stellar bodies and life. They are primal parts of the cradle of creation and destruction, to be freed and seed life or destroy.

Far away supernovae can be detected better
More powerful tools are already in use or in development to detect more supernovae anywhere it can be observed. Detecting dark energy in the cosmos is a way to spot a supernova far away. 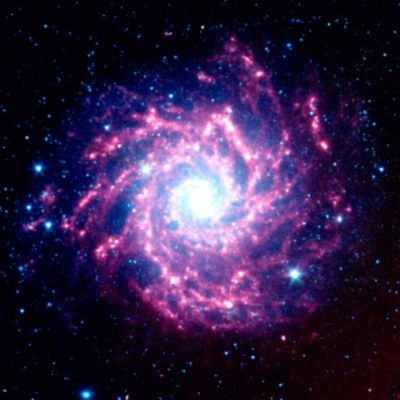 (Phpl.nasa.gov)
Facebook Twitter Linkedin Mail
©2021 ScienceTimes.com All rights reserved. Do not reproduce without permission. The window to the world of science times.