Elon Musk to US Military, "Innovate Now or Risk Being Second Place" 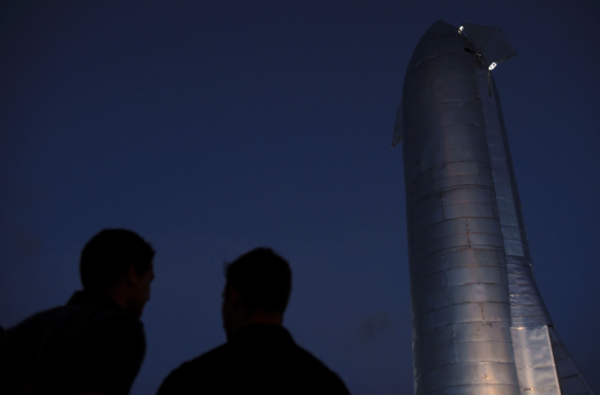 They say nothing is constant in this world except for change. In an era where the most innovative wins, the lesser one will lose and will have to satisfy as the second best. As Charles Darwin's theory says, it's 'survival of the fittest'; or in the context of courtship, 'may the best man win.'

The Growth of the Commercial Space Industry

As the 1960s is the time of government-funded space exploration, the 21st century may be known as the private space interest race. U.S. policy intended to hasten the innovation and lower the cost of space exploration so they expanded the role of the commercial space company, hence, the 2018 orbiting sports car, reusable rockets, satellites, and associated services developed as a result of the Commercial Space Launch Act of 1984.

SpaceX and Tesla CEO, Elon Musk urged the Air Force to prioritize innovation and encourage industry competition as it is planning to create a Space Force- the newest military branch. Musk told an Air Force Officer on space research and acquisition at the Air Warfare Symposium in Orlando that commercial space should work harder to develop reusable rockets. Currently, SpaceX leads in that effort.

Musk explained to Air Force Lt. Gen. John Thompson that the hardest part of this venture is not designing rockets but rather in producing and launching the rockets in volume. Starship, the next-generation rocket which SpaceX is developing, is described by Elon Musk as having the reusability potential that will make it a culmination of his vision to send people to and from Mars and the moon.

Out with the old, in with the new

Throughout Musk and Thompson's discussion, the former has warned that the United States was at risk of falling behind the other countries if innovation is not its priority.

Furthermore, Musk believes that soon fighter jets will become obsolete as its era has already passed. He predicted that the future of war is in using autonomous drones. He uses this idea to be Lockheed Martin's F-35 jet plane's competitor, stating that the drone will be controlled by a human, but with its maneuvers augmented by autonomy, the former will have no chance of winning.

The foundation of war is economics

Other than predicting that autonomous drones will be replacing jet planes, Musk also predicted that the Chinese economy will surpass the US by 2 or 3 times.

The two countries are now the world's two largest economies, although the US economy is still larger. But the Chinese government need only a GDP per capita half the size the United States for their economy to be twice.

When this happens, the tension between the two countries would likely increase which are already at odds on issues as trade and 5G technology.

Musk has stressed that innovation in the field of space should be a top priority of the US military. Otherwise, we risk being left behind and become second in space.  To encourage innovation, competition is a must, according to him.