Claims Ibuprofen Worsen COVID-19 are Baseless, According to EU 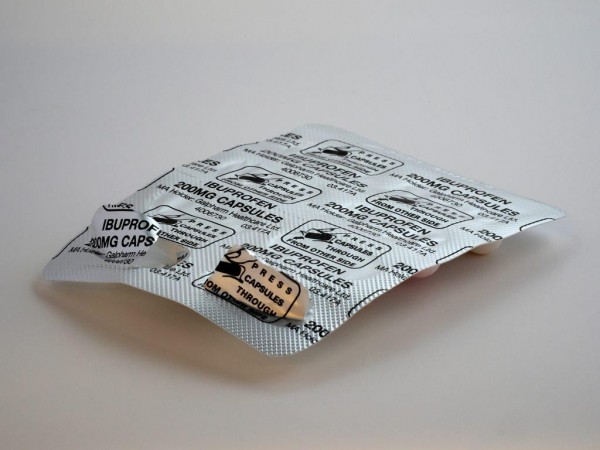 Have you been bothered these past few days by the news about ibuprofen, worsening coronavirus (COVID-19)? You're probably alarmed especially if you always rely on this medicine as your remedy for severe headache, fever, or any kind of pain you can't endure or don't get treated with any other pain reliever.

Don't be so worried because the healthcare regulator of the European Union (EU), on Wednesday said, there is no evidence linking anti-inflammatory drugs like ibuprofen with COVID-19 that's fast-spreading in the whole world.

The European Medicines Agency (EMA) for its part said, the agency was "monitoring the situation," adding that healthcare professionals and patients should consider all options for treatment which include anti-inflammatory drugs and paracetamol, to treat pain or fever in any patient who has COVID-19.

The EU health watchdog has already been looking to help in the development of a vaccine for coronavirus and stop drug shortages and supply blockages because of the outbreak that has now infected over 200,000 people globally.

Additionally, the announcement of EMA is following a similar tone earlier this week from Reckitt Benckiser, the producer of Nurofen, to check reports saying that the active ingredients in ibuprofen "would hurt patients."

According, to EMA, in line with the national treatment guidelines of the EU, patients, as well as the healthcare professionals can still continue taking ibuprofen (like NSAIDs, for one), as per the product information approved by the regulator.

ALSO READ: What Effect Does Vitamin C Have With Colds?

WHO: Not Against Ibuprofen for COVID-19

Based on the present advice, medicines like ibuprofen needs to be taken "at the lowest effective dose" for the shortest duration of time possible. Relatively, EMA said, it was ready as well, to back any research that looks into how these drugs impact patients suffering from coronavirus.

Furthermore, the safety committee of the regulator, in May last year, started looking into the drugs' effects after a survey which "suggested that infection because of chickenpox, as well as some bacterial infections," could worsen if those medicines were taken.

Meanwhile, the World Health Organization (WHO) said it is not against ibuprofen for COVID-19 symptoms. As this pandemic almost cleared the world over the weekend, the health minister of France is said to have "caused a stir" following a warning tweet. Ibuprofen, tweeted in French, "could be a factor in the infection" that is worsening each day.

Also written in French was that people with fevers need to take paracetamol, instead, which is typically marketed as Tylenol in the United States.

This warning brewed a concern that eventually gained steam. In addition, three days before in the Lancet, a reputable medical journal, the researchers suggested, ibuprofen could worsen COVID-19. And just this week, parents aired concern that the drug harmed their daughter who experienced symptoms that linked with coronavirus.

On Tuesday, reports came out that WHO recommended that people experiencing the COVID-19 symptoms should avoid taking ibuprofen. The words though were written in the French language, via the Agence France-Presse, a French wire service. WHO denied the said report though, saying it was not true.

The organization's spokesperson clarified they are not officially cautioning people from taking ibuprofen, adding, they are collecting further proofs on the issue before they make their formal recommendation.