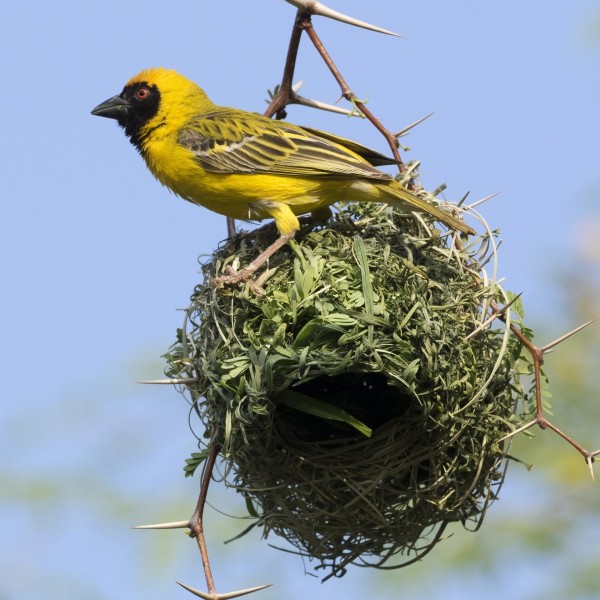 Metaphorically speaking, the term bird's nest usually describes a messy hairdo, tangled fishing lines, and other unspeakable knotty puzzles. We also use the expression "bird brain" to insult people, but that phrase should probably retire now.

Engineers are learning about efficient avian habits that they can apply in developing aircraft and other technology from birds. These creatures have little brains, compacted with neurons that yield wonders that have long captured scientific interest as naturally selected engineering solutions. But they have yet to understand the secret behind the bird's nest.

Scientists who study nests describe it as "disordered stick bombs," that puzzles humans. The bird's ability to build nests of all kinds is likely a major factor for their survival.

Structural Dynamics of a Nest

Dr. Hunter King an experimental soft-matter physicist at the University of Akron in Ohio recently published a paper in the Journal of Applied Physics to disentangle the mystery of the structural dynamics of a nest. He and his colleagues seek to answer questions on a nest's structural dynamics that could be replicated in a human setting.

According to Dr. King, birds perform in what he called 'mechanical synthesis' by choosing skinny elements from the environment, with some selection criteria in expectation of nest performance. A nest possesses certain chemistry, from using humble materials it creates a greater sum and coherence. This principle is not exclusive to nests but rather, it is wildly applicable to structures in architecture, packaging, and shock-absorption.

Take for example the cardinal, the bird uses its own body as a template in building its cup-nest. It finds filamentous materials such as twigs, grass strands, and bark strip to make its nest. The resulting nest is soft but despite that, it reliably holds its shape against mechanical perturbations.

Together with a graduate assistant, Nicholas Weiner, Dr. King made a model of the delicate interplay of the nest geometry, elasticity, and friction. They assembled an artificial nest made of cylinder with hundreds of bamboo skewers, laser-cut and bought in bulk. Then they created around it a chamber to measure the response of the when it was repeatedly compressed.

Dr. King calls this experiment "ugly" due to the overabundance of factors in the experiment, it makes the problem hardly amenable to simple analysis. For years now, he has been pursuing this line of investigation and as the research problems go, all input parameters and boundary conditions have gone interwoven with each other that prove difficult to understand.

One of the references on the paper recently published by Dr. King and his collaborators is a classic title, "Bird Nests and Construction Behavior" by Mike Hansell, a professor emeritus of animal architecture at the University of Glasgow. He conducted fieldwork in museum collections around the world and he found an unremarkable cup nest made out of grass and rootlets at the Natural History Museum in London by the piopio (Turnagra capensis) which has gone extinct now but was once commonly found in New Zealand.

He explored topics like nest shape, decoration and size, and the nest as a factor in mate selection. The blue-footed booby bird has displayed a trait that might well be expected because of sexual selection, their nest building is reduced to the exaggerated presentation of tiny pieces of vegetation by the male to the female.

Dr. Hansell has developed a certain skepticism s to what lessons humans can learn from birds in the field of architecture and engineering. We must proper understanding of how the birds make their nests so we could also use that to improve our technology.