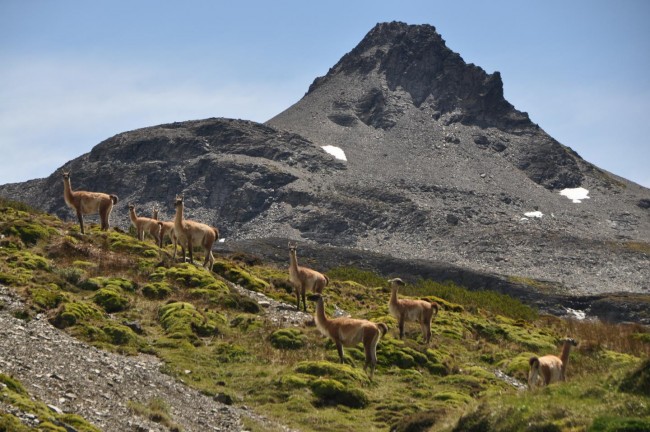 (Photo : Francisca Hidalgo) Guanacos in Chilean Patagonia. One of the last remaining wilderness areas left in the region.

More than 2000 renewable energy facilities are built in areas of environmental significance and threaten the natural habitats of plant and animal species across the globe.

A University of Queensland research team mapped the location of solar, wind and hydropower facilities in wilderness, protected areas and key biodiversity areas.

UQ School of Earth and Environmental Sciences lead author Mr José Rehbein said he was alarmed by the findings.

"Aside from the more than 2200 renewable energy facilities already operating inside important biodiversity areas, another 900 are currently being built," Mr Rehbein said.

"Energy facilities and the infrastructure around them, such as roads and increased human activity, can be incredibly damaging to the natural environment.

"These developments are not compatible with biodiversity conservation efforts."

The majority of renewable energy facilities in western Europe and developed nations are located in biodiverse areas.

Mr Rehbein said there is still time for developers to reconsider facilities under construction in Asia and Africa.

"The entire team agree that this work should not be interpreted as anti-renewables because renewable energy is crucial for reducing carbon emissions," Dr Allan said.

"The key is ensuring that renewable energy facilities are built in places where they do not damage biodiversity.

"Renewable energy developments must consider biodiversity as well as carbon, and avoid any negative impacts on biodiversity to be truly sustainable."