Recovered COVID-19 Patients in Wuhan Tested Positive for the Second Time: Are They Infectious? 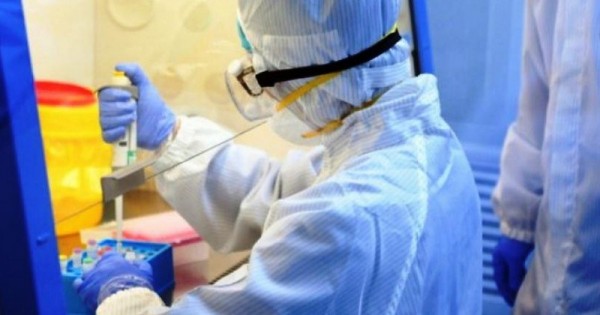 Just when the Chinese province, Wuhan is about to breathe a sigh of relief, following zero-new cases of COVID-19 for two days, doctors here have warned otherwise. The struggle, they say, "is far from over." South China Morning Post indicated that up to 10 percent of the recovered COVID-19 patients tested positive again in the province.

With more than 90 percent of the patients who have recovered, according to the said report, 4,300 people are still undergoing treatment in Wuhan hospitals. In addition, around three to 10 percent have, in some way, contracted the illness again.

This has been confirmed after the recovered patients were again provided with nucleic tests which unfortunately gave a positive result.

This is currently the question on a lot of experts' minds, along with the probability of the body that can possibly develop antibodies to strengthen immunity against the infectious disease. Nevertheless, a Tongji Hospital health expert said, there is no convincing evidence as of yet, if the patients are indeed, infectious. In addition to this, doctors have conducted tests in the laboratory, and have observed the family members of the patients, as well. Incidentally, five patients from the said hospital, although they tested positive, did not show COVID-19 symptoms. Their family members were not infected, as well.

No Evidence of the Patients Being Infectious

The said health expert also said, there is no proof suggesting that the patients who just recovered from COVID-19 and were tested positive again are infectious. He added, "These are only small samples, not sufficient" to guarantee the validity of their initial results.

There is a need for a wide-ranging epidemiological study so they'd be guided with their surveillance on the disease, as well as the prevention initiatives. Moreover, an observation on the same patients revealed that about 80 to 90 percent of them don't have the virus found in their bloodstream anymore, one month after they recovered.

However, the health specialist insisted that patients who have recovered stay quarantined for two weeks from discharge from hospital confinement in order for them to be tested again.

The Reason for Testing Positive the Second Time

Since the recovered patients were tested positive again, many people have started asking, what's the reason behind being tested positive twice. A molecular virologist from the University of Hong Kong's Li Ka Shing Faculty of Medicine, Professor Jin Dongyan said, "It's not that these people get a second infection."

They didn't acquire a persistent infection, either, so this is not something that the public should worry about. The professor added it was either, the COVID-19 tests were not properly done, or the patients were going through a long course of the illness.

Several other factors, the professor added, could have caused the rest results' inaccurateness and these include the quality of the kit used and the manner the sample had been both collected and stored. Under the testing criteria of China, an individual can be released from hospital confinement if his body temperature is constantly normal for three consecutive days, does not have respiratory problems, and the chest lesions that appeared on the tomography have considerably improved. The patient must also test negative in "two successive PCR tests, at least a day apart."