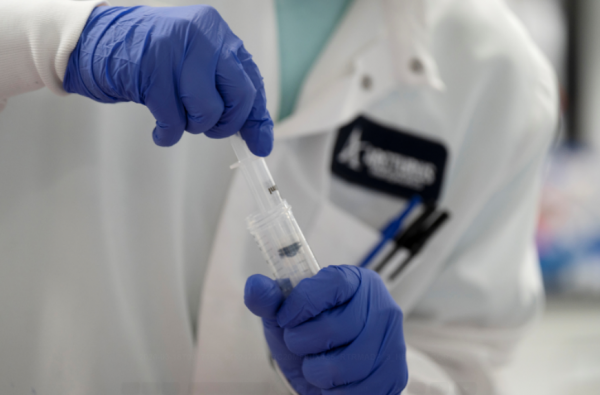 (Photo : Reuters)
A scientist conducts research on a vaccine for the novel coronavirus (COVID-19) at the laboratories of RNA medicines company Arcturus Therapeutics in San Diego, California, U.S

As Australia joins the global effort to halt the COVID-19 pandemic, it's national science agency has commenced on Thursday, the first stage of testing the vaccines for coronavirus. Oxford University and Inovio Pharmaceutical -a US company, developed these vaccines, after having been cleared by the World Health Organization for animal testing.

Australia will test if these vaccines are safe to use on humans. The first human trial took place in the United States last month. However, they skipped the animal testing stage. As of the moment, various countries around the world are also developing vaccines at extraordinary speed to stop further spread of COVID-19.

The Commonwealth Scientific and Industrial Research Organisation (CSIRO) of Australia says that the tests that they will conduct will be the first comprehensive pre-clinical trials of the vaccines to use an animal model.

Dr. Rob Grenfell from CSIRO said on Thursday that due to the pandemic, experts have moved at such an unprecedented speed to make a vaccine and find a cure, which usually takes about two years but has only taken them months to get to this point of testing stage.

How does it work?

The CSIRO team has inserted vaccine samples into ferrets-small, furry mammals- which are confirmed in February to have the same reaction to coronavirus as they shared with humans a specific particular receptor on their respiratory cells that the virus attaches itself.

Grenfell said that stopping the virus from binding to the ferret receptors in the respiratory system shows a good chance that the virus will work on humans.

At least 20 vaccines for COVID-19 are being developed around the world, and CSIRO is testing two of these vaccines selected by the Coalition for Epidemic Preparedness Innovations, a global consortium overseeing most of this research.

The University of Oxford developed one option, which is a vector vaccine, by introducing a defective virus to the proteins of the coronavirus to the immune system to bring out a response. But they were not able to replicate it, so the possibility of getting sick from this particular vaccine is unlikely, according to Professor Trevor Drew, the director of the Australian Animal Health Laboratory in Victoria, where the clinical trials are being carried out.

Drew described the other vaccine from Inovio as "rather different but nonetheless exciting." The vaccine is designed to encode specific coronavirus proteins to the immune system that will prompt the body's cells to create those proteins before the immune system reacts to them.

How soon will the result be out?

Scientists said that the first results from the animal tests could be revealed as early as June this year. Once the results prove to be successful, clinical trials may begin at laboratories somewhere else.

Experts warn that it would still involve a minimum of 18 months to meet regulatory tests and standards, and by that point, the race to get the medicine into the general market could accelerate.