Pink Full Moon 2020: What's The Best Way to View the Supermoon and When? Here Are Home Quarantine Tips! 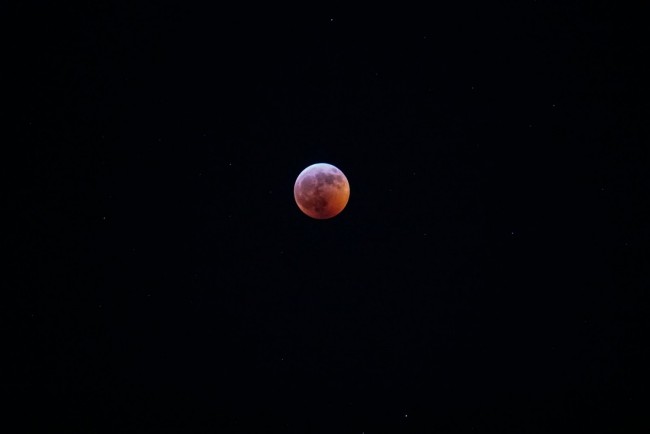 Heads up people! Get your binoculars and high-definition cameras ready as the super pink moon is about to make its third appearance this year on Tuesday, April 17, to Wednesday, April 18. Home quarantine situation? No need to get out of the house or go to a special place to get a glimpse of it. Read on to find out how to see it from the comfort of your own home.

What is a Super Pink Moon?

Catch the pink moon to appear on the moonrise of April 7, 2020. Photo by Michelle K on Unsplash

The super pink moon is an occurrence when the full moon synchronizes with the moon being at its closest point to the earth as it follows its elliptical orbit around the earth. It's called as such as its astronomical term, perigee-syzygy, is too much of a pain to pronounce.

During the supermoon, the moon will be 221,851 miles away from the earth, compared to its average distance of 238,855 miles. A supermoon appears 14% bigger and 30% brighter than that of a typical full moon.

Its name comes from pink phlox flowers that bloom beautifully in spring, which accompanies April's full moon that appears throughout the US and Canada. Its other names include the Sprouting Grass Moon, the Egg Moon, and the Fish Moon.

What Causes a Pink Moon?

Although called the pink moon, BBC says it won't actually be pink. Instead, the super moon will most likely give us delicate orange then pale yellow hues for a few minutes as it slowly rises into the horizon. Once fully ascended, its color will turn white and will be at full illumination.

Best Time to View the Super Pink Moon This April 2020

Good times to view this month's supermoon are on the moonrise of Tuesday, April 17, and the moonset the following morning on Wednesday, April 18. Forbes advises that the best time would be at moonrise because this is the time when the supermoon will appear big and beautiful.

It would not be advisable to view it on the peak of the full moon itself as it will be at full illumination and will be too bright to look at for more than just a few seconds.

To check out the exact times of moonrise and moonset of the supermoon in your location, view this Moonrise and Moonset Calculator. For those who worry about missing the super pink moon, fear not as another one is coming next month. May 7, 2020, is when the "Super Flower Moon" will appear.

To get the best view of the supermoon, make sure to choose windows facing the eastern direction. Set up your viewing stations at your balcony or any room in the 2nd or higher floors just in time for the moonrise.

For those without west-facing windows in their houses, you won't be able to see the supermoon at moonrise. Instead, check out the moonset on the morning of April 8.

Countries from the northern hemisphere, such as China, Russia, Canada, and the US, are fortunate as they will see a brighter portion of the Copernicus, a lunar crater. Keep in mind that those from the southern hemisphere will have an inverted view of the moon.

The pink supermoon is an opportunity we should take advantage of, even amidst being stuck at home. Charge those cameras and get those binoculars ready for a truly unique experience.

READ ALSO: April's Pink Moon Will Be in the Sky Tonight, But Why Is It Called "Pink"?