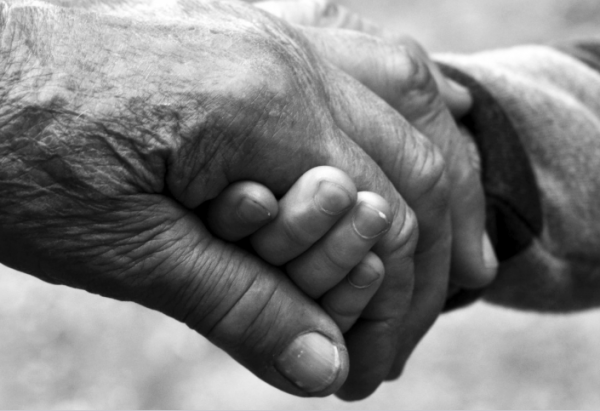 (Photo : Screenshot From Pxhere Official Website)
Age Is Just A Number: 104 Year Old Spanish Flu Survivor Refuses to Give Up to Coronavirus As Well!

Ada Zanusso was known to have caught the killer bug way back at her care home in Biella which is located in northeren Itlay where there have already been 20 infected residents who have died. According to the doctors, she had "lost none of her lucidity and intelligence.

The Italian grandmother who seems to have survived it all!

Surviving one pandemic is already a great victory but surviving two different pandemics? That is what we call inspirational!

The Italian grandmother has survived the Spanish Flu pandemic which happened about 100 years ago and has now become the oldest person to survive the coronavirus as well! This 104 year old Ada Zanusso's recovery from the COVID-19 was praised by her doctors as an enlightening "sign of good hope" amidst the increasing number of dead from this pandemic.

This mom of four recently caught the COVID-19 at a nursing home where she had lived in Biella on March 17. She had first developed a fever which was accompanied by trouble breathing and other sickly feelings before she was officially diagnosed.

Ada's survival of the Spanish Flu

Ada's son Giampiero stated that he had already suspected his mother had this disease due to the increasing volume of cases at her care home. According to Giampiero as he told the Sun, "They have sadly had a few fatalities there," saying later on that she has now recovered and the doctors think that she very well is the oldest person in the world to be able to recover from the coronavirus.

Ada had personally seen of the Spanish Flu which had previously killed around 50 million people across the globe. Although there has been no universal consensus as to where the pandemic actually originated from but almost one third of the world's entire population (or 500 million people) had become infected.

The death rate of the previous pandemic was really high in people who were younger than 5 years old, people who were 20 to 40 years old, and also people who were 65 years of age and older. According to Ada's doctor Carla Furno Machese, the grandmother is "up and about" and that she has "lost none of her lucidity and intelligence."

The two other survivors

Ada was not the only one who had survived the cbug as there were two other old-aged survivors. Both other survivors were 103 year old Zhang Guangfen who is from Wuhan, China, where the virus originated sometime late last year as well as an unnamed Iranian woman who was also 103 years old.

Another survivor is Rita Reynolds from Britain. The survivor is 99 years old and comes from Liverpool where she tested positive just last month as her family feared for the worst just before she bounced back.