A Quicker Solution to Coronavirus May Be Vaccines That Are 50% Effective, Scientists Claim 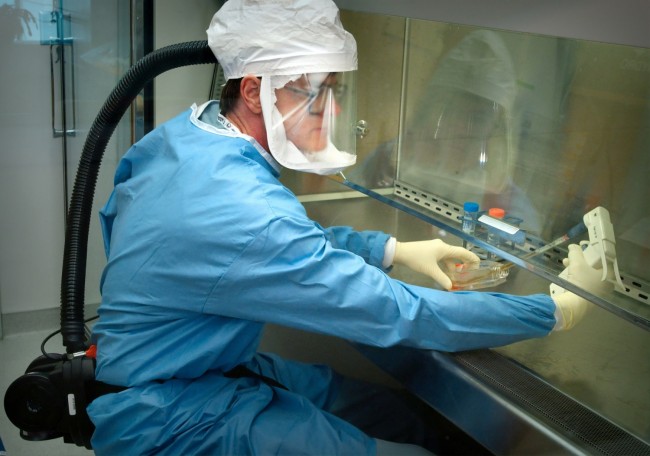 (Photo : Photo by CDC on Unsplash) Any vaccine that is approved might not need to be 100 percent effective, scientists say.

Dr. Mark Denison, the director of pediatric infectious diseases at Vanderbilt University Medical Centre in Nashville, Tennessee, claims that there is evidence that immunity to the new coronavirus need not be sterilizing or all-inclusive. He adds that incomplete immunity is more likely to give off infections that are mild in nature. In other words, limited protection is better than none at all.

Last week, the National Institutes of Health launched a phase one trial of the Moderna vaccine to test for its safety and efficacy. As many as 45 participants between the ages of 18 to 55 will be tested on three different dosages.

Meanwhile, drug companies all over the world are racing to come up with effective treatments. CureVac, a biopharmaceutical company based in Germany, said its vaccine candidate would go into phase one trial in autumn.

On Tuesday, Johnson & Johnson announced that if trials for its coronavirus vaccine yield good results, the company hoped to generate up to 900 million doses by the spring of 2021. Their trials are anticipated to start in September.

Read Also: Six New Coronaviruses Are Discovered In Bats That Are In The Same Family With The SARS-CoV-2 That Caused The COVID-19

Denison, who is also working on antiviral treatments for COVID-19, declared in a discussion, that given the current situation, aiming for partial immunity would be a better primary goal and would be more achievable.

Moderna, an immunotherapy provider, based in Cambridge, Massachusetts, sponsored the said discussion. It is the same company that developed a gene-based vaccine that was the first contender sent to the National Institutes of Health for testing back in early February.

Denison says that even if Moderna's vaccine shows favorable results, it might still take up to 18 months to obtain clearance for public use under the typical regulatory approval process. Because of this, he urges that a safe but less effective vaccine might be the best temporary solution.

During the same discussion, Dr. Kathryn Edwards, a professor of pediatrics at Vanderbilt specializing in infectious diseases, said that a more capable vaccine meant it would be more imperative. She agrees that if a COVID-19 vaccine were licensed with 50 percent effectiveness at the moment, then it would be an appealing kind of sufficiency.

US's Approach to Treatment and Testing

The United States was caught off-guard in developing tests for the coronavirus after President Donald Trump declined to use the test kits offered by the World Health Organisation at the beginning of the outbreak.

The Food and Drug Administration tried to make up for the country's slow inclination to testing by asking emergency authorizations to host the production of tests. At least 33 diagnostic tests have been approved, including Abbott Laboratories' ID NOW rapid test kits that are said to give off results within 15 minutes.

Meanwhile, treatment options are being sped up in the US. Last week, the NIH began a clinical trial to treat adult COVID-19 patients with the antimalaria drug, hydroxychloroquine.

Kern Briggs, the chief executive of Atlas Global, shared that at the pace that accelerated approvals are being issued, it could be expected that Moderna's vaccine candidate would get at least an emergency authorization in less than a year, as long as it was proven safe to use.

Also Read: Coronavirus: Social Distancing May Prevail Until 2020 Unless Critical Care Capacity is Heightened and a Vaccine is Found, Says Harvard University