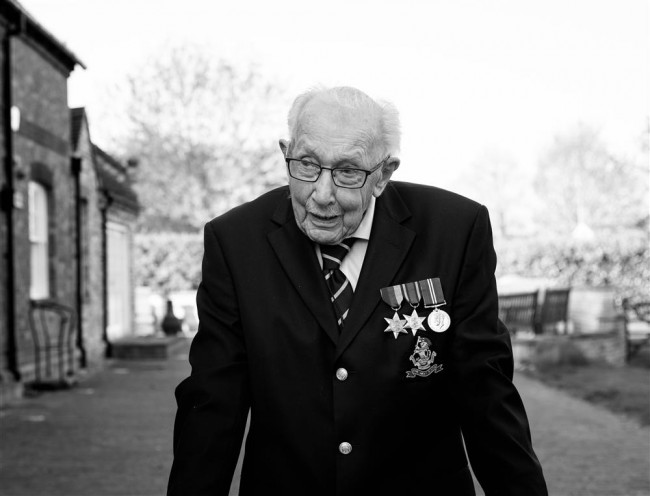 "Tomorrow, you will maybe find everything will be much better than today, even today was alright. That's the way I think I've always looked at it. Tomorrow will be a good day."

This was the message of Captain Tom Moore in an interview with BBC. Moore is a 99-year-old war veteran who established the fundraiser Captain Tom Moore's 100th Birthday Walk for the NHS, which has collected $24M.

According to the Telegraph, "the funds raised by Mr. Moore will be spent on well-being packs for NHS staff and for kitting out rest and recuperation rooms." The funds will be used to purchase electronic devices that will enable patients to keep in touch with their loved ones. It will also be funneled into community groups to support discharged patients from hospitals.

Moore accomplished the task two weeks before his birthday on April 16. As of April 17, the fundraiser has collected $24M and counting.

A big thank you

Aside from supporting the coronavirus disease 2019 (COVID-19) front liners, Moore's fundraiser was his way of thanking the NHS for treating him for skin cancer and a broken hip. "They've done so well for me and they're doing so well for everybody else at the moment that I think we must say 'well done National Health Service,'" he said on BBC.

According to the Telegraph, Moore was a former Captain of the Duke of Wellington's Regiment (8 DWR), which was part of the Royal Armoured Corps (RAC). He also fought with the 8 DWR on the Arakan, western Burma, then Sumatra after the Japanese surrender.

Moore's actions have taken the world by storm, with 53 different countries and over 890,000 people, including Prince William and Kate Middleton, donating to his birthday walk, said the Express.

The Royal Family, British Prime Minister Boris Johnson, Football legend David Beckham, and Formula 1 racer Lewis Hamilton are just some of the individuals who were inspired and amazed by Moore's actions.

According to the Independent, The Duke of Cambridge, the Duchess of Cornwall, and the Prince of Wales have written thank you letters to Moore. British Prime Minister Boris Johnson is considering how to recognize. Moore's actions, while the public wants the former tank commander to become a knight.

Although he has completed the 100 laps, this isn't the end for him walking for the NHS. It is just the beginning of inspiring millions of people around the world.

"I think you've all got to remember that we will get through it in the end, it will all be alright. It might take time, but at the end of the day we shall all be okay again," Moore told BBC.