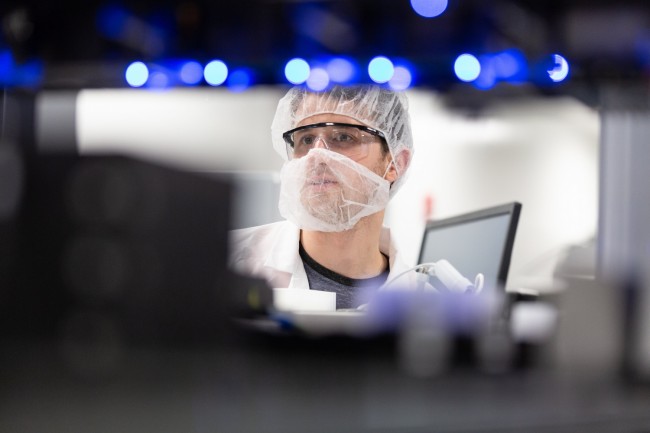 Moderna, Inc. and Lonza Group AG announced a global agreement to manufacture one billion doses of Moderna's proposed vaccine every year, to be produced in the United States in July.

Moderna's chief executive officer Stéphane Bancel told in a roundtable meeting with the White House Coronavirus Task Force and other pharmaceutical executives in March, their team "only needs a few months to start phase two of a three-part clinical trial of the sort that typifies vaccine development," according to CNN.

Read now: Fauci: Vaccine for COVID-19 May be Ready in January

Bloomberg said the vaccine will induce the body's cells to produce virus-like proteins. This will "stimulate an immune response and prepare for an actual infection," which was one of the first vaccines to reach human testing.

Moderna added it will start its "next phase of studies this quarter."

The vaccine will be produced by using technology that relies on genetic material called Messenger RNA (Ribonucleic Acid) or mRNA. Bancel clarified during the meeting, "With phase two, you won't have a vaccine. You'll have a vaccine to go into testing."

Moderna was able to fast-track vaccine development because it has been collaborating with the NIH for a vaccine to the Middle East Respiratory Syndrome (MERS), another type of coronavirus.

Under a lot of pressure

According to CNN, "So when Chinese researchers released the genomic sequence for the new coronavirus -- SARS-CoV-2, which causes the deadly disease known as Covid-19 -- in mid-January, they had a jump start." SARS-CoV-2 stands for Severe Acute Respiratory Syndrome Coronavirus 2.

Some are skeptical about Moderna pulling it off. The Food and Drug Administration (FDA) has not approved any of its nine vaccine candidates for use. Yet the FDA said the vaccine can enter the first phase of its clinical study, which has been injected into 45 volunteers.

With the support of Lonza Group AG, it may produce the world's first vaccine for COVID-19. As of May 1, there have been 3.27 million confirmed cases, 1.02 million recoveries, and 234,000 fatalities due to COVID-19, according to Google statistics.

Richard Hatchett, the head of the Coalition for Epidemic Preparedness Innovations (CEPI) in Oslo, Norway, said, "cooperation between drugmakers could accelerate the process of bringing out a vaccine, which normally would take a year or more."

Vaccine development takes almost one decade if it is handled by one organization alone. With Lonza, Moderna can manufacture ten times as many shots, which will help it reach its July deadline.

The Moderna-Lonza agreement is just one of the many partnerships between pharmaceutical companies.

The University of Oxford is currently undergoing tests for its experimental coronavirus vaccine with British-Swedish company AstraZeneca plc. It will help the university produce 100 million doses by the end of 2020.

GlaxoSmithKline will supply adjuvants to Sanofi as it tests its experimental coronavirus vaccine. These are additional ingredients that will improve the vaccine's efficiency, allowing it to produce shots en masse.