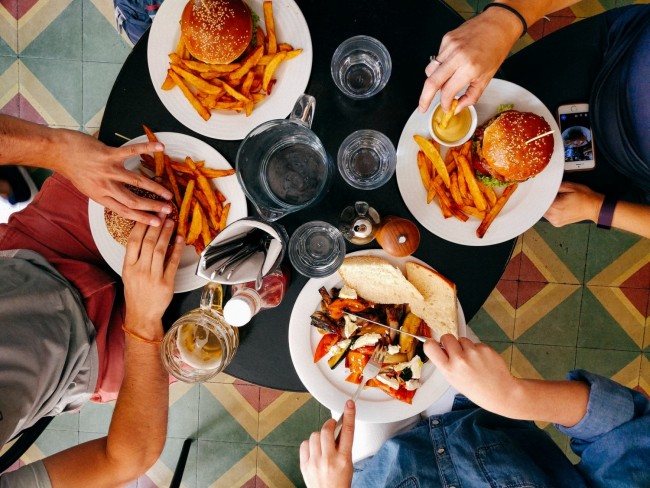 (Photo : Photo by Dan Gold on Unsplash) A study reveals that vegetarians are more likely to develop depression and anxiety than meat eaters.

A new research published in Critical Reviews in Food Science and Nutrition suggests that non-meat eaters are more likely to experience psychological problems such as depression, anxiety, and self-harm compared to meat-eaters.

Since 'vegetarian' falls under a lot of sub-categories, the researchers chose to focus on people who refrained from eating meat.

The study reviewed 18 previous pieces of research on the relationship between meat consumption and psychological health. The studies involve about 149,559 meat-consumers and 8,584 meat-abstainers from Asia, Europe, North America, and Oceania.

Although no causative factors were mentioned in the study, the researchers claim to have found unmistakable evidence that people who abstained from consuming meat tended to have a higher risk of depression, anxiety, and self-harm compared to those who did not.

According to Urska Dobersek, an assistant professor at the University of Southern Indiana and one of the authors of the study, a person's dietary choices significantly indicate one's social class and aids in mate selection. She adds that what and how a person eats directly influences one's health in various aspects such as social, physiological, and psychosocial.

She adds that the team was surprised at how consisted the link between meat-avoidance and the increased predominance of mental illness was vastly spread in communities. Dobersek also emphasized how their study does not support meat avoidance as a means to benefit one's psychological health.

Also Read: 84 Per cent Of Vegetarians Reconvert To Being Meat Eaters In Just A Couple Of Months

The two studies yielded some evidence of causality that had mixed results. A randomized controlled trial found that vegetarians reported significantly better mood than people who ate both meat and vegetables, as well as fish eaters after the trial. However, a long-term study found a vegetarian diet was suggestive of developing depression and anxiety later on.

According to Dobersek, equivalence does not entail a causal relation as they have provided clarifications for their results. She pointed out that individuals coping with mental illness may change their diets as a way of self-treatment.

She added that many individuals with eating disorders use vegetarianism as a 'mask' in an attempt to hide their illness. Similarly, individuals who are incredibly keen on the suffering of animals may become both vegetarian and depressed or anxious.

Dobersek further says that two major questions need to be addressed to understand the correlation between meat consumption and psychological health fully. The first question would be why vegetarians return to eating meat, and the second is whether the shift in diet happens before or after psychological issues are apparent.

She and her colleagues decided to direct a systematic review since the research on meat-abstention had become increasingly conflicting. She claims that their study provides further evidence that because humans are naturally omnivores, it is irrational and potentially debilitating to recommend "eating a varied diet".

Dobersek says it is especially true, since her co-authors, Gabrielle Wy, Joshua Adkins, Sydney Altmeyer, Kaitlin Krout, Carl J. Lavie, and Edward Archer, all demonstrated that the prescriptions and recommendations are based on a 'fictional discourse on diet-disease relations.'