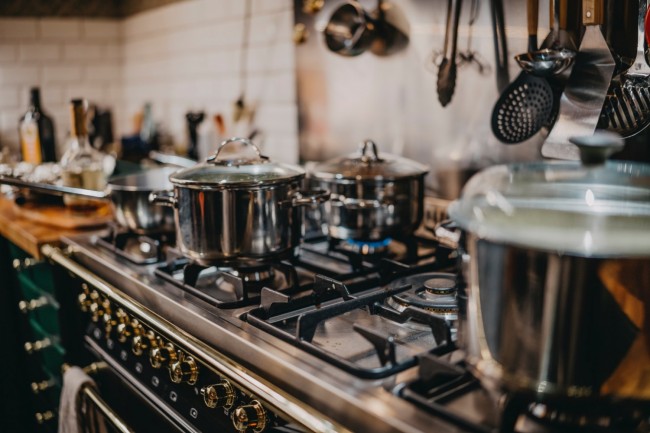 (Photo : Photo by Janko Ferlič on Unsplash) A study finds that the use of gas stoves increases air pollution leading to an increased risk for asthma in children.

According to scientists, the level of air pollution emitted by gas stoves would be illegal if it were outdoors. Regulators have failed to set standards for indoor air quality despite the known danger.

This is a problem that is now likely to be made worse with large numbers of people spending time inside and cooking at home due to lockdowns brought about by the coronavirus pandemic.

Brady Seals, the lead author of the report, says that officials have paid little attention to the health risks of gas stoves and that people have somehow gotten used to having a combustion device, often unvented, inside their kitchens.

Cooking with gas emits nitrogen dioxide and carbon dioxide aside from the particle pollution that all types of stoves produce. Experts say that older models of stoves, which are most likely poorly maintained, could cause more pollution other than risks from carbon monoxide.

An Increased Risk For Asthma

Back in 2013, scientists with the U.S. Department of Energy's Lawrence Berkeley National Laboratory also discovered that a vast number of households in Southern California are exposed to an extreme amount of household air pollutants.

About 62% of the households using gas burners without venting range hoods are routinely exposed to excessive levels of nitrogen dioxide, 9% to carbon monoxide, and 52% to formaldehyde, the study revealed. The mentioned gases could cause respiratory problems and worsen asthma and cardiovascular disease, researchers said.

Health experts say that even small advances in short-term exposure to nitrogen dioxide can increase asthma risks for children. One research found that children in homes with gas stoves have a 42% higher chance of developing asthma symptoms. Another study in Australia associated 12.3% of all childhood asthma cases to gas stoves.

According to the researchers of the RMI report, the best solution would be to switch to electric stoves. In addition, they also pointed out that homeowners using gas stoves can follow specific measures to reduce the amount of accumulating air pollution in their homes.

This includes opening their windows and using an exhaust hood for more ventilation, cooking on their back burners, running an air purifier with a HEPA filter, and installing a carbon monoxide detector.

However, not all hoods are made the same as some have been found to perform better than others, just like the Berkley laboratory study says. Scientists suggest that manufacturers can improve the geometry of the hoods by making them deeper front to back. They say that using methods such as recessed grease traps, blower entries up inside the hood, and better fans and motors will also improve the hood's capture efficiency.

Dr. Robert Gould, a pathologist and board member for Physicians for Social Responsibility, said that indoor air pollution affects poor Americans and people of color worse due to their most likely exposure to lead, mercury, industrial plants, and highways.

He says that people need to make investments for their health and that an overall plan should be made to protect the vulnerable populations in particular.

Read Also: Indoor Air May Matter When It Comes to Decision Making