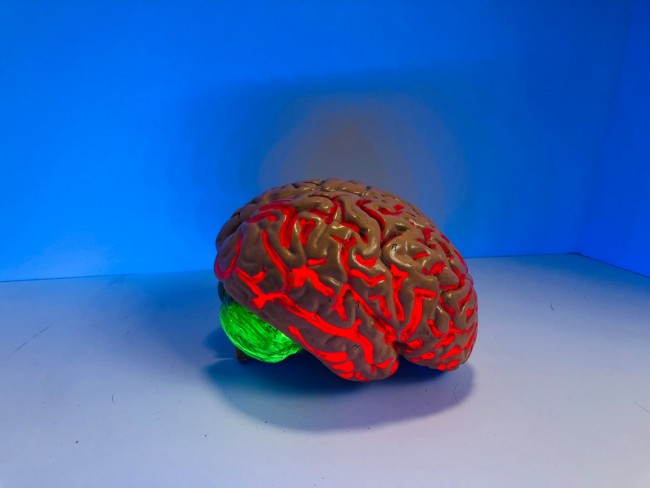 (Photo : Photo by Natasha Connell on Unsplash) Scientists are finding a connection between the Herpes Simplex Type 1 and Alzheimer's disease.

Herpes Simplex Type 1 is one of the two types of the virus. This type is known to cause cold sores around the mouth and lips. However, new research reveals that it may have a connection to Alzheimer's Disease.

The study presents strong evidence of the presence of a link between Alzheimer's disease and Herpes Simplex Type 1, one of the most common viruses on Earth. The World Health Organization estimates that at least 67 per cent of the world population under the age of 50 has HSV-1.

Using 3D models of the human brain, scientists found that HSV-1 can trigger a growth of cells that resembles amyloid plaques, similar to those seen in patients with Alzheimer's. These plaques are sticky clumps of proteins that tend to accumulate between the neurons in the brain. The clusters are to blame for the slow decline in the memory and cognitive skills of patients who have Alzheimer's.

The study was published on Wednesday in the journal Science Advances.

Also Read: Alzheimer's Disease May Be Caused by Copper In The Brain

The WHO says that HSV-1 is primarily transmitted by oral-to-oral contact. This causes oral herpes or "cold sores", but can also cause genital herpes.

Both types of Herpes Simplex virus are incurable. Once a body is infected, the virus stays and can start an onset from time to time.

According to David Kaplan, the fact that the virus remains in the system could partially explain why there's an increasingly understood link between HSV-1 and Alzheimer's. Kaplan is a senior author of the study and the director of Tufts University's Tissue Engineering and Research Center.

Kaplan says that the team's current assumption is that the virus triggers an immune response in the brain, which causes it to create those plaques in order to "trap" the virus. He adds that the response initially works but later on goes amiss.

According to the researchers, their study was determined to help clarify how the herpes virus might eventually lead someone to have Alzheimer's, even in the absence of a familial history of the disease.

Studying the Complexity of the Brain

The brain models used in the study were intended to look like healthy brains. Using healthy models helps clear up how herpes might be linked to Alzheimer's in a person with no known genetic risk from their family tree. As a matter of fact, most Alzheimer's cases don't run in families. Such cases are called "sporadic Alzheimer's disease."

After introducing low levels of the herpes virus to the models, the team observed that amyloid plaque developed within three days. At the same time, the electrical activity within the model significantly diminished compared to controls. This suggests that the brain began to function as if it had been restricted by Alzheimer's.

Kaplan says that the demonstration could help develop treatments for the disease in the future. He added that when the brain developed Alzheimer's, they noticed that specific genes were activated. He believes that those genes are likely the same ones involved in the development of early-onset Alzheimers.