No to Dementia: Drink Red Wine, Eat Dark Chocolates and Other Flavonoid-Rich Foods 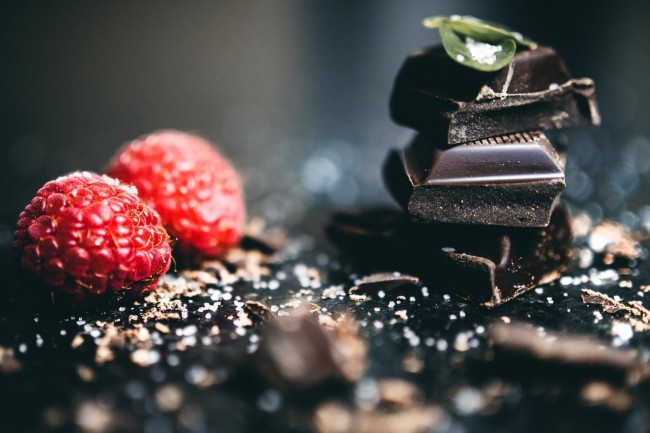 A new study has found that eating and drinking foods that are rich in flavonoids like tea, berries, red wine, and dark chocolate could help stave off dementia. The researchers studied the diets of adults 50 years old and above for over 20 years.

They found that older adults who consume only a small amount of these foods are 2 to 4 times more likely to get Alzheimer's disease and other related conditions.

In contrast, those who have a higher intake of flavonoid-rich food such as tea, citrus fruit, citrus fruit juice, berries, red wine, apples, legumes, and dark chocolate are less likely to develop dementia.

Flavonoids are a group of plant metabolites that provide health benefits through cell signaling pathways. Aside from that, they are important antioxidants, anti-viral, anti-cancer, anti-inflammatory, and anti-allergic.

They are commonly found in fruits and vegetables such as pears, apples, berries, and onions, as well as plant-based drinks like tea and wine.

Scientists said that people who eat lesser amounts of three flavonoid types are more likely at risk of developing dementia compared to those people who ate more.

In the study, they examined around 2,800 people who are 50 years old and older to determine if there was a long-term relationship between eating flavonoid-rich foods and the risk of having Alzheimer's disease over 20 years.

Moreover, the researchers discovered that low consumption of flavonols such as apples, pear, and tea was associated with twice the risk of getting Alzheimer's disease.

Whereas eating anthocyanins such as blueberries and strawberries and drinking red wine was linked to four times reduction in the risk of developing the disease.

Low intake of flavonoids means that a person does not consume berries, roughly one and a half apples, and does not drink tea within one month, MailOnline reported.

On the other hand, high consumption refers to eating roughly seven and a half cups of blueberries or strawberries, eight apples and pears, and 19 cups of tea over the course of the month.

Read Also: Drinking Filtered Coffee is Safer Than Total Abstinence As it Reduces Risk of Death From Any Cause: Study

The diet is connected to cognitive decline

Paul Jacques, the author of the paper, said that the implications of their study show how diet over time might be connected to the cognitive decline of a person, especially since they were able to look at the flavonoid intake of the participants over many years before they were diagnosed of having dementia.

The epidemiologist from the US Human Nutrition Research Center on Aging added that with no effective drugs available yet to cure Alzheimer's disease, preventing it through a healthy diet is an important consideration.

He also said that age 50 is not too late to make changes on a diet for the better.

Paper author, Esra Shishtar, who conducted the study at Tufts University in Massachusetts, said that tea, especially green tea and berries are good sources of flavonoids.

"When we look at the study results, we see that the people who may benefit the most from consuming more flavonoids are people at the lowest levels of intake, and it doesn't take much to improve levels," Shishtar said.

The researchers noted that a cup of tea every day or eating some berries two to three times a week would be enough. They published their findings in the American Journal of Clinical Nutrition.

Read More: Women Who Eat Lots of Fiber Reduces Risk of Being Diagnosed With Breast Cancer