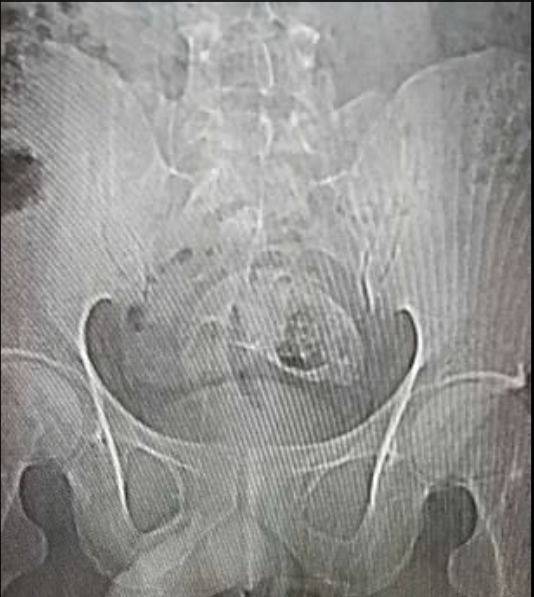 A 30-year-old Chinese man from Guangdong province had a rather large fish surgically removed from his rectum after he had allegedly sat on it by accident. Gruesome footage shows medics removing the dead blue tilapia from his backside.

The media didn't mention the fish's size but blue tilapia typically grow between 12-16 inches long. Guangdong Television reported that the fish slipped into his rectum after accidentally sitting on it, causing him severe abdominal pain. The large, dead fish had to be surgically removed. In the footage, one nurse is saying 'It stinks so much!'

In Hubei province, a 68-year old man with hemorrhoids recently had a 10-inch chopstick stuck his belly after inserting it into his rectum 'out of curiosity'. He had already been discharged from the hospital after doctors removed the metal stick from his intestines.'

Why There are Foreign Objects

During the 1970s, similar activity was called 'social injuries of the rectum,' involving serious laceration. Between 1993 and 2002, the University of Southern California (USC) General Hospital received almost one patient monthly who had inserted an object up their rectum.It soon became an uncommon admittance reason according to several medical studies. Dr. Kyle Cologne and Dr. Glenn Ault both surgeons from USC have determined that most patients were male.

The doctors also remind the probable need for a psychiatric evaluation of the patient. The Massachusetts data singled out bipolar personality disorder, who struggle to cope with complex emotions and result in harming themselves with rectal foreign bodies, swallowing items, swallowing toxic substances, or even stabbing themselves.

In the USC study, the doctors concluded that rectal foreign bodies are a unique field of colorectal trauma with several challenges. There are four important factors to consider when dealing with these patients.

The first is analyzing their history and physiology carefully, as it may be a manifestation of a psychiatric disorder, as well as respect for what is usually an embarrassing condition.

The second is as a medical practitioner, 'a high index of suspicion for any evidence of toxicity that suggests perforation (and requires emergent laparotomy)' is to be considered as well. Next is to come up with 'a creative approach to nonoperative removal using tools originally designed for other uses.'

Lastly, an appropriate short-term follow-up to detect any delayed perforation should be kept in mind as well. Following these four principles, patients with rectal foreign bodies can be managed safely and dealt with effectively.